How to Not Screw up Your Marketing Job Interview

Think you’ve got what it takes to be a top marketing exec? Well, that doesn’t matter if you totally mess up the interview.

The interviewing process is always stressful, and it is especially so in the competitive world of digital marketing. Whether you are vying for your first marketing position at your favorite brand or are in the process of finding your next gig in a budding career, you may want to brush up on your interviewing skills.

Digiday shared advice from ad agency execs on how not to screw up an agency interview before, but this time we asked marketing execs to share their interview turn-offs. If you don’t want to accidentally take yourself out of the running for that coveted marketing position, read on for some advice from the some of the execs who might just be interviewing you. 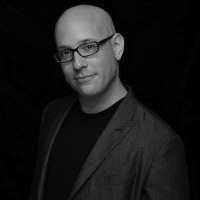 Adam Broitman, vp of global digital marketing, Mastercard
I have heard many things that are a complete turn-off. For example, in an interview I asked about a campaign that failed, how it was measured and what was done with that data. The answer was,  “Well, our Net-Promoter score did not get as high as we expected and we fell short of our Facebook ‘like’ goals, and there was not a whole lot of learning, so there was not much we could use for our next initiative.” Wrong! What were the KPIs? Obviously this person either did not know what they were, or the campaign did not have clear cut KPIs. Facebook likes are not a KPI; they are a directional metric, and while important, they do not move the bottom line. If this were a junior position, this could have been somewhat permissible, but for more senior positions, all modern marketers must understand the role of how KPIs fit into the overarching business. 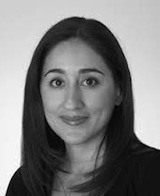 Eliza Esquivel, vp of global brand strategy, Mondelez
Do not criticize your last employers or colleagues or gossip about anyone in an interview. Especially in advertising and marketing, everyone knows everyone, so chances are you will regret it. Also, being critical or indiscrete in general says something about your character. Be consistent and very careful. When you are a serious candidate for a position, you will be interviewed by several potential colleagues to ensure competency and a cultural fit. After you go away, they will all exchange notes. Anything you say to one of them could be shared with all of them — and, yes, they will judge you. Don’t be so eager to impress that you forget to judge your employer. It’s very flattering to be pursued or wanted, but don’t get so caught up that you forget to calmly asses the cultural fit for you. Nothing is worse than spending so much of your precious time on this earth with people you don’t like or, worse yet, are toxic, or in an environment that slowly crushes your soul. Try to envision spending lots of time there, and pay attention to how that vision makes you feel. 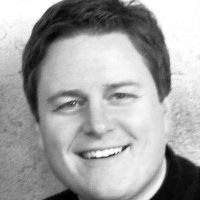 Chad Stubbs, senior director of marketing, Pepsi
It’s not good when the candidate thinks everyone knows all tech acronyms and uses them all in the interview, when many times the leader of the department may have no idea what they are referring too. 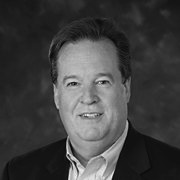 Brian Maynard, head of marketing, Jenn-Air
Know the difference between confidence and arrogance. Treat everyone you encounter with respect — I always ask assistants and coordinators how the candidate treated them. You are always on stage; I had a candidate several years ago who had done well in several interviews and he was interviewing with someone who would be his peer if he were hired. I suspect he was trying to connect with him, but his approach got him nowhere. He used profanity and made snarky comments about senior people and joked about various topics that were inappropriate. Also, show up on time; we are in southwest Michigan, and for some reason, many people think we are in the central time zone. 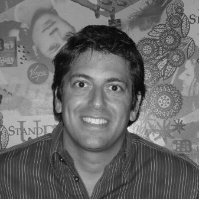 Ron Faris, CEO, Virgin startup company (former head of brand marketing at Virgin Mobile)
It’s amazing when I ask people to tell me about their greatest failure [in interviews] how underwhelming their answers are. Spectacular failures lead to spectacular epiphanies. Be true and stop sugar-coating. The more honest, realistic and human you are about your accomplishments, the more attractive you are to the interviewer. There is no way your greatest weakness is that you’re “such a perfectionist.” It’s that you’re insecure. Be real, and the rest will fall into place. 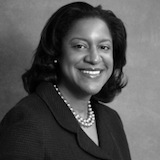 Renee Ducre, vp of global marketing, IBM
People trust in brands and companies that are authentic, and so it is with employers today. Employers are looking for employees who are authentic and present themselves truthfully in the interview and are not just trying to force-fit themselves to the job. Be prepared to realistically highlight your strengths and weaknesses and why those skills make you the best for the job. 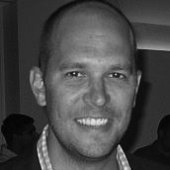 Paul Marcum, head of global digital innovation, Bloomberg (former director of digital marketing at GE)
During an interview, never pitch a brand to join a digital platform when they’re already on it. It’s so easy to find out whether they’re already there and shows just sloppy prep work. Rather than confront your interviewer with everything you found out about him/her, show how much you learned about the brand work itself. Also, always know the current tag line of where you’re interviewing, and never use an old one. Chances are the old one was developed by the prior CMO — yes, it’s happened to me.