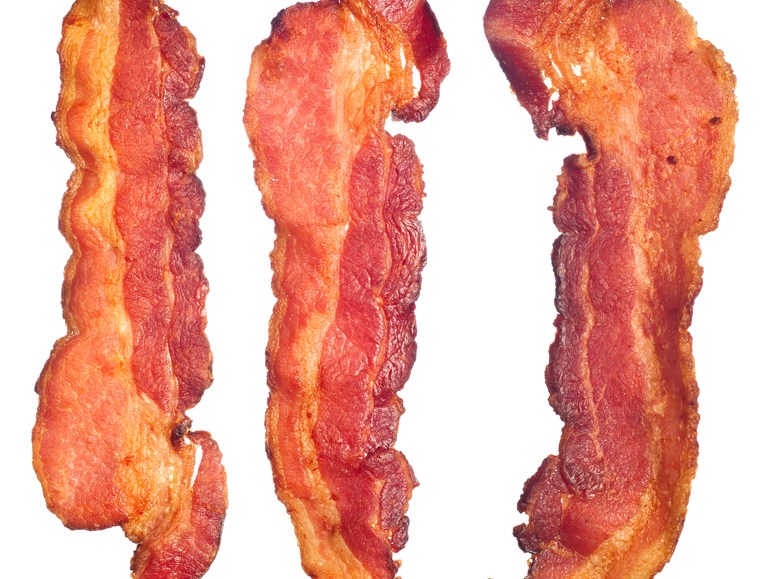 Brands are always on the lookout for the next trend to jump atop. The only problem is they tend to be late to the game.

Scope has apparently figured out that bacon is a big thing online.  In what seems like an early April Fool’s joke, the mouthwash brand released a commercial last week for its new product: Scope Bacon, bacon flavored mouthwash. How refreshing.

It’s a move that’s sure to get attention. (We’re writing about it, after all.) But Procter & Gable brand wins few points for originality. After all, the makers of Bacon Salt for years have cornered the market on fake novelty product. They’ve rolled out everything from bacon chapstick to bacon lube over the last couple years. There are all kinds of bacon products from others, like bacon shaving cream, bacon-scented candles, bacon flavored condoms. Now Scope wants in on the bacon action.

Scope, through its agency Publicis Kaplan Thaler, is encouraging people to spread the word about it using the hashtag #scopebacon. It’s a pretty standard example of a brand associating itself with slash poking fun at a kitschy cultural trend, but it works coming from a big brand that you wouldn’t necessarily think has a sense of humor. Mouthwash isn’t the sexiest or most entertaining or products. But just add bacon and voila.

It’s all very entertaining. The big question is whether it’s too late to the game.