‘Save the Bros’ resonates with bromosapiens everywhere 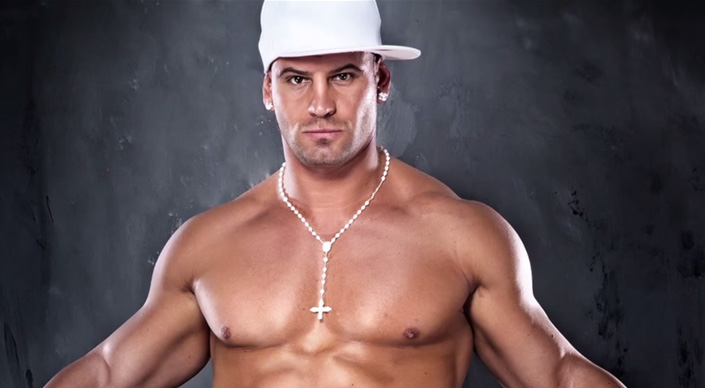 The brand’s latest digital campaign called “Save the Bros” has touched a chord with the bromosexual brommunity, garnering over 364,000 views on YouTube since being launched on Feb. 16. Popular bro-blogs like BroBible and Total Frat Move have taken notice.

This Epic ‘Save The Bros’ Protein Shake Commercial Will Make You Think About Gettin’ Swole — https://t.co/48Rvk7PrNw

At the center of the campaign promoting its new recovery protein drink “Organic Fuel” is a tongue-in-cheek mock PSA which highlights how these bros are putting themselves in danger by chugging conventional protein shakes to get “jacked,” “yolked” and “totally swole.”

The two-minute video created by Tennessee-based agency Humanaut, trolls the very dembrographic that it is trying to target, calling bros “pretty amazing” before mercilessly mocking them.

The ad paints a dysbropian vision in which the world is suddenly bereft of its “bro colony.” Who would get the clubs crawling? Who would make comments about women’s physiques that aren’t appropriate, but still appreciated? And what would happen to Las Vegas?

Alyssa Galella, the director of earned media at Huge, said that the campaign was not just humorous, but also relatable.

“It’s a really clever campaign, and not humorous just for the sake of being humorous,” she said. “It’s a parody but is good-natured and not mean-spirited, and people love something that is cheeky. It’s the same reason why BuzzFeed listicles do well, because people like to see themselves in them.”

The bro-parody is a marked departure in tone from typical advertising for organics, featuring never-ending green pastures, happy cows and earthy farmers. This was intentional, said Organic Valley’s Lewis Goldstein.

“It’s a different look for us, because so far we’ve focused on bringing our farmers and our mission to life,” he said. “But we are still doing good and trying to help, even though our focus is a younger millennial demographic and not mothers with young kids this time.”

Eric Johnson, the president of Los Angeles-based agency Ignited, thinks “Save the Bros” is working because of its timeliness.

“While a number of brands have tried to make humorous long-form videos recently, this one has virality because it makes fun of something that’s in the zeitgeist — everyone loves to make fun of bros,” he said. “It is tapping into something at the right time, and it ultimately gets across the product benefit.”

The campaign also has its own microsite SavetheBros.com, where consumers can try Organic Fuel for themselves and a bro, and also purchase “Save the Bros” swag like yoga mats, T-shirts and gym bags. Organic Valley is also actively promoting the hashtag #SaveTheBro on Facebook, Twitter and Instagram, where it has nearly 344,000 combined followers.

The one potential downside: the campaign could end up becoming bigger than the product, according to Rina Plapler, the strategy head at brand consulting firm MBLM.

“The campaign is unique and very well done with the merchandise and social integration on the website,” she said. “The only negative thing is that the campaign’s message might overshadow the product. Everyone will think, ‘Oh, Save the Bros!’ but not necessarily make the connection with Organic Valley.”

However, bros everywhere are celebrating and happy to be getting mainstream attention.

As one self-described bro working in the PR industry told Digiday: “Organic Valley has brought a serious issue to mainstream society. The desire to consume all-natural protein shakes is a frequent topic in gyms, underground fight clubs, and bro bars. Bros everywhere should remember this moment for the rest of their lives.”