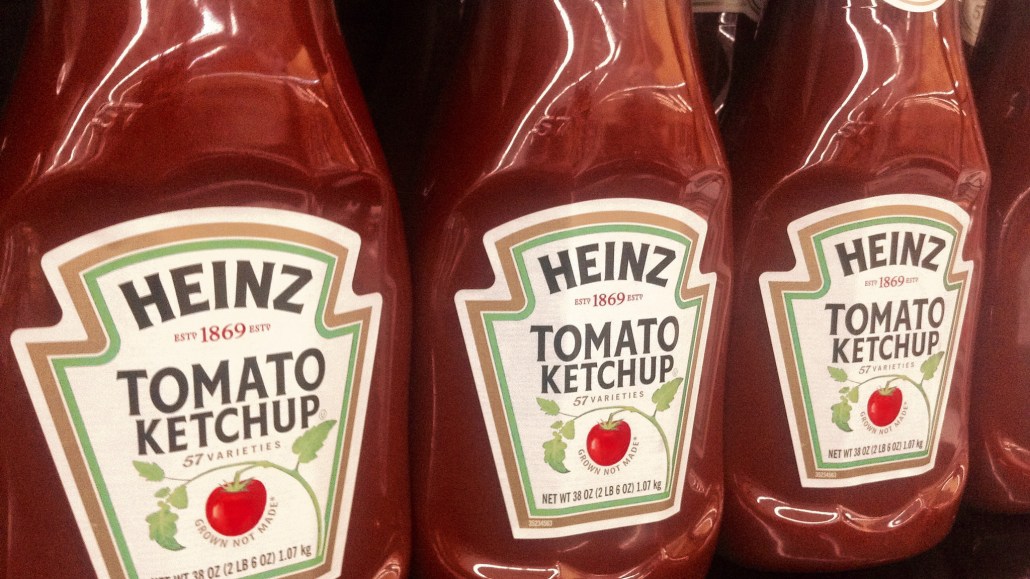 Heinz, the condiment maker, is finding itself in a bit of a pickle today after accidentally making QR codes interesting.

First let’s catch up, the part of the story we relish: A QR code on a bottle of Heinz ketchup in Germany purported to direct the user to a landing page for a label redesign contest. A fellow named Daniel Korell actually took the bait and scanned the bottle, hoping to enter the competition.

The company responded explaining that the contest, which ended last year, accidentally pointed to an expired domain. Heinz said it “really regrets” what happened and offered to send him his own custom-designed ketchup bottle for free if he wants. 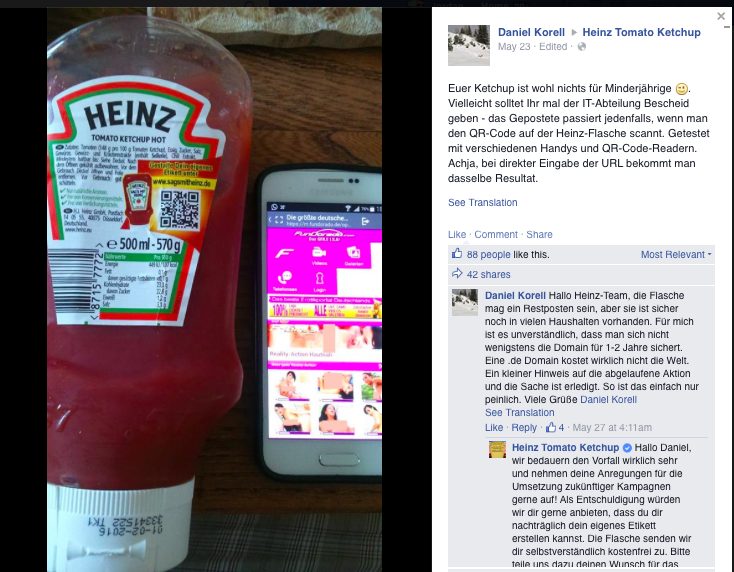 Not to be outdone, Fundorado commented on the Facebook thread offering him a year’s free subscription.

Twitter has been especially troublesome for companies and people. Last year, US Airways broke the Internet when it tweeted a picture of a toy plane sticking out from a woman’s, um, landing strip. The airline apologized and blamed a botched copy-and-paste job, but it will be forever etched in our minds.