The Rundown: Drama atop WPP 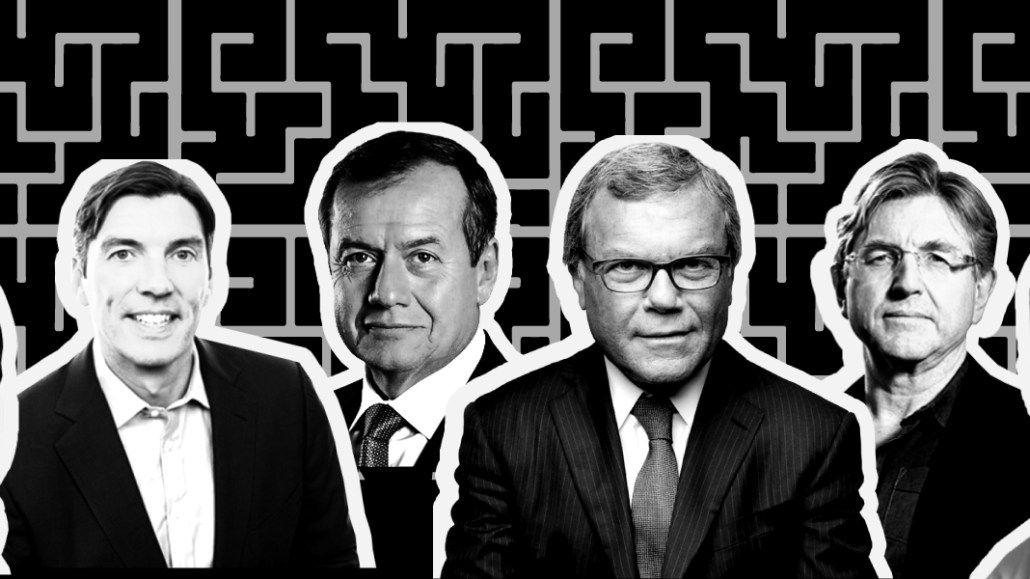 The succession elephant has entered the room.

Over the past week, the question of who will take on the top job at WPP replacing former CEO Martin Sorrell, has turned into a soap opera-style drama. Reports indicate that Oath CEO Tim Armstrong is being considered, as is Unilever chief communications officer Keith Weed. There are other names being thrown into the mix, as well, including WPP Digital chief Mark Read.

The whole thing has reached even higher levels of intrigue in the past couple days.

Because WPP has said that it’s looking at Sorrell’s departure as a “retirement,” it will pay out about £14 million ($18 million) in compensation for 2017. But Glass Lewis, an advisory company for WPP, is now calling on shareholders to say no to that — and is recommending they also oppose the re-election of chairman Roberto Quarta.

Of course, this is all because shareholders, and Glass Lewis, say the reasons for Sorrell’s departure are shrouded in mystery. Sources familiar with the matter say the issue was “minor” financial wrongdoing, but it’s still unknown what that entailed. WPP, of course, is looking to move on from the messy Sorrell departure as fast as possible. The company claims that it has figured out succession — at least in the short term — with the appointment of two chief operating officers in the form of Read and Andrew Scott, WPP’s Europe COO.

Sorrell himself is not happy to fade away. He popped up this week as a surprise guest at Luma Partners’ Digital Media Summit in New York City, where he implied he’ll set up his own agency. Cannes is giving him top billing as a speaker despite the fact that he no longer heads the world’s largest agency group — or any agency at all.

Marketers have been vocal about their distrust of holding companies. J.P. Morgan Chase chief marketing officer Kristin Lemkau told me last week that she wonders at what points they create “dis-synergies from scale,” and pointed to the continued success Chase has had by bringing much of its marketing, both creative and media, in-house. There’s also the question of the individual agencies within the WPP umbrella.

“The longer it takes to settle leadership, the more uncertain individual practitioners will feel about their roles in the company and that is one place where the risks to clients are,” said Pivotal analyst Brian Wieser. “The other is when the client needs someone who can harness resources across an organization. It’s doable without a full time CEO, but more likely to work better with one.”