The @RGA Guide to Agency Tweeting 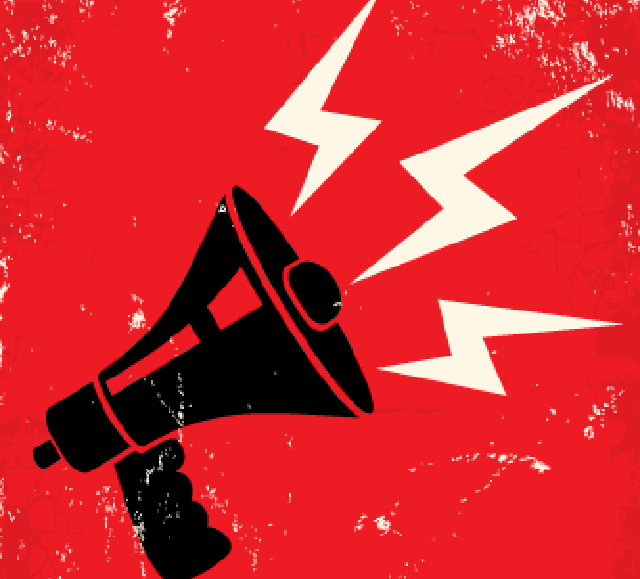 Most agency Twitter accounts are boring. The ad industry is full of bright, creative, funny, people, yet they’re mostly used for little more than relaying account wins and hires, or links to self-promotional blog posts and articles. They’re wasted opportunities.

And then there’s the caustic, sometimes weird world of @RGA. The New York-based digital agency is widely regarded as having one of the most witty and entertaining agency accounts out there, which is perhaps surprising given its roots as a “Flash sweatshop,” filled with developers churning out digital grunt work. The agency has mostly shed that rap now, of course, but its techie roots remain. Nobody over the years associated funny with R/GA, but they do now.

I feel like endorsing lots of people on LinkedIn is a thing a movie villain would do. In a candlelit room w profile pics all over the walls.

That’s because the agency’s Twitter presence, manned by chief copywriter Chapin Clark, dares go where other agency Twitter accounts don’t. It’s witty, sarcastic, irreverent and sometimes just downright bizarre. It has what many other agency efforts quite simply don’t: personality. It stands out in a class of agency accounts that are, for the most part, depressingly bland. Instead, @RGA offers a running patter of takes on pop culture and the news of the day. It’s many things, but boring isn’t one.

In Clark’s eyes, the trick to running a successful Twitter account is really quite simple: Be a real person, have a point of view, and whatever you do, don’t try to please everyone. The content he publishes on the feed is, essentially, whatever he thinks might be interesting or funny, but he maintains that he’s not just winging it completely. “I aim for a mix of: useful and completely useless, funny and dead serious, local and global. I watch to see what the response is to different things and then adjust.”

In some cities, the insufferable drunk know-it-all at the bar now wants to talk tech & startups, not sports. This is not progress.

That content isn’t going toss strike a chord with everyone, but Clark says it doesn’t have to. He knows the account isn’t to everyone’s taste, even within R/GA, but that’s precisely the point: It’s not intended to be. “Trying to please everybody is more dangerous, I think. You end up being really bland, and nobody likes you.”

Given the fact that agencies, particularly traditional ones, have built their reputations around humor and their ability to write, it’s surprising they make such little use of the opportunity Twitter presents to prove their wares and notable that a digital agency is showing them how it can, and perhaps should, be done. The Goodby Silverstein & Partners account, for example, simply relays details of its hires, account wins, and new work, with an occasional reference to its office culture. CP+B’s is equally dry. These are agencies whose stock in trade is creativity. Think about that for a minute.

Meanwhile, it’s refreshing to see a tweet from the @RGA account pop up in your feed. “As corporate tweeters, we’re lucky to be in advertising. We’re not burdened by the crushing regulations that people in, say, insurance or financial services have to deal with,” said Clark. “We can have a strong voice, a point of view. We should take advantage of that.”

It is morning. I open my inbox and see two words — two dreaded words — a person hopes never to have to confront: Pinterest webinar.

Another tip from Clark: Don’t be obsessed with advertising. He’s been criticized for tweeting about issues that have nothing to do with the ad or digital marketing business, but that too is intentional. “Advertising — the creative output, and just as a thing to do to make a living — is at its best when it’s engaged with culture. Or, in rare cases, when it even sets the cultural agenda. The day I have to start tweeting more about the Marketing Industrial Complex is the day I’ll quit doing this,” he claims.

The strategy appears to be paying off, too, at least from an audience perspective. R/GA’s account now has over 50,000 followers, far more than digital agency peers such as AKQA, 360i and Huge. The Goodby Silverstein & Partners and CP+B accounts have amassed just 10,000 and 27,000 followers respectively.

But it’s not all fun and games all of the time. Clark is given almost complete autonomy over the account but does coordinate with the company’s PR team when there’s worthwhile news or work to share. Despite the success of the account, he’s berated at times by the firm’s svp of corporate communications Karen Spiegel. “Occasionally, Karen will give me that Karen look and say something like ‘Did you tweet ANYTHING positive today?’ I think that’s her way of gently course correcting me, and she has good instincts, so I listen.”

But for the most part he’s left to his own devices and left to carve out his own tone and direction for the account, regardless of how nervous that makes the communications department. “I’m management myself, and I’ve been at the company for about 12 years,” he explained.

“What it comes down to is, there’s a high level of trust that I know what I’m doing.”