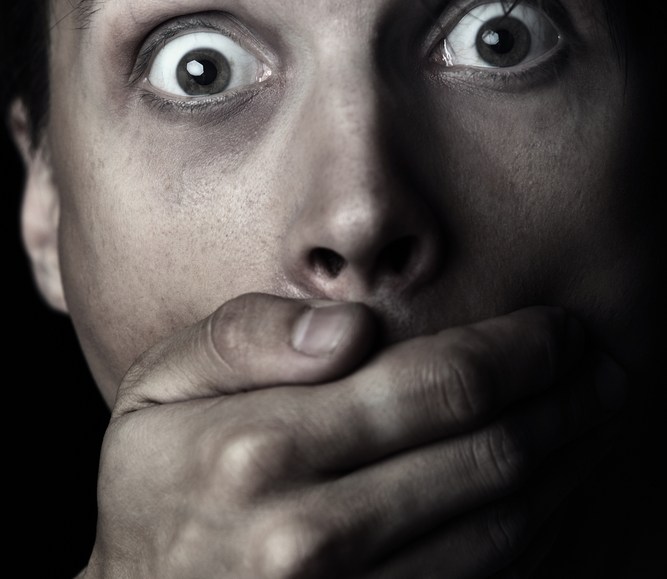 If this image of a Red Bull tweet circulating on Reddit and this other one of a Redbull Facebook post courtesy of Lamebook are real, then Redbull certainly needs to do spellcheck more often before posting on social media. The Facebook post, if real, was an obvious typo. The post has spread far and wide, drawing over 500,000 views thanks to Reddit. Hmm, maybe this shows Red Bull is genius at viral marketing too.

Update: Red Bull has confirmed that these Facebook posts (which we mislabeled as tweets) are indeed fake. The fake Red Bull Stratos page was removed by Facebook immediately after this post was made for trademark violations. 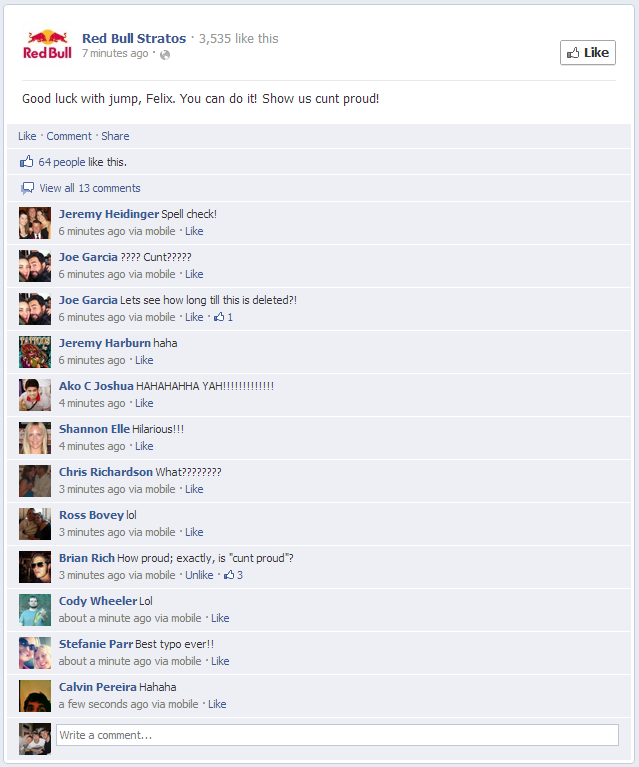