Rebranding Feminism One Sticker at a Time 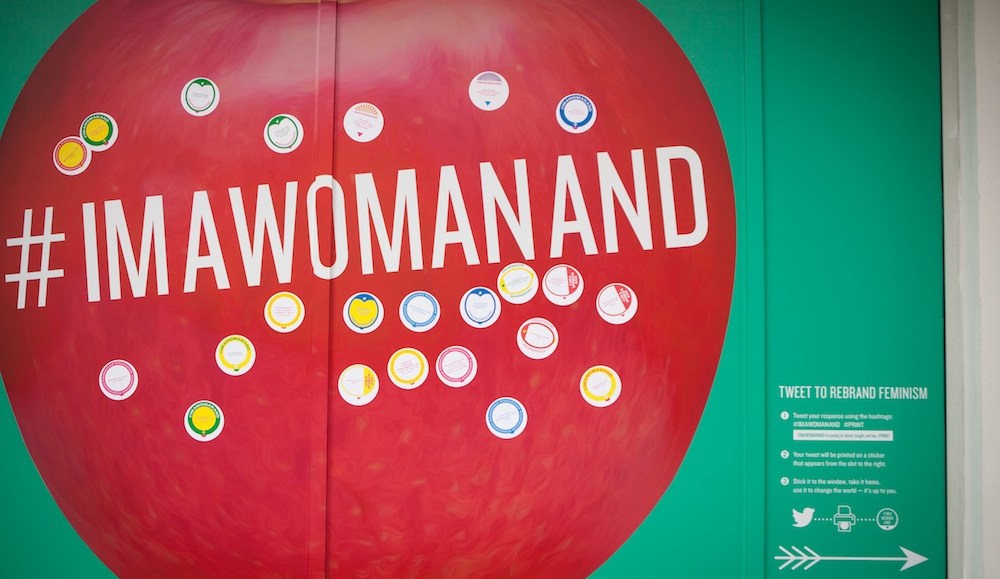 Elle UK has created a special campaign for its November issue which focuses on rebranding feminism. With the help of agency Wieden + Kennedy London, Elle has created what it’s calling the first “feminist vending machine,” which prints out user-generated pro-women slogans for free.

Elle, along with feminist blog Vagenda, has been encouraging readers to complete the statement “I am a woman and…” with stereotype-defying tweets along with the hashtag #iamawomanand. Ladies have been answering the question with both serious and fun responses. For example, @CharlotteNBS tweeted: “#iamawomanand I don’t need your permission,” and @SarahBosner tweeted: “I’m a woman and I like my scotch straight up.”

“It’s been 50 years since Betty Friedan’s seminal work ‘The Feminine Mystique,’ and in that book Friedan asks, so starkly, ‘is this all’?” said Beth Bentley, director of digital strategy and innovation at W+K London. “Back then this was such a striking thought, a call to arms to every woman to really think about her life, her opportunities and her aspirations. This project sought to tap into that spirit for women of the digital age, by asking them to finish an arrestingly simple sentence.”

To get their feminist tweets printed on stickers by the feminist vending machine it helps to be near W+K’s London office on Hanbury Street. Find the green window painted with a big red apple. Next the the apple are the instructions to complete the “I am a woman and…” statement in a tweet, using the hasthags #iamawomanand and #print. The sticker of your tweet will immediately print and come out of a slot next the the window.

As the instructions say, you can “stick it to the window, take it home, use it to change the world — it’s up to you.”

“We see this more as a re-imagining than a re-branding” feminism, said Bentley. “We could have chosen to make an ad encouraging women to think differently about feminism, but the idea of tying this issue up in a snappy ‘end-line’ struck us as reductive, and at odds with the underlying spirit of feminism. Our goal was to use creativity to make this issue bigger, not smaller.”