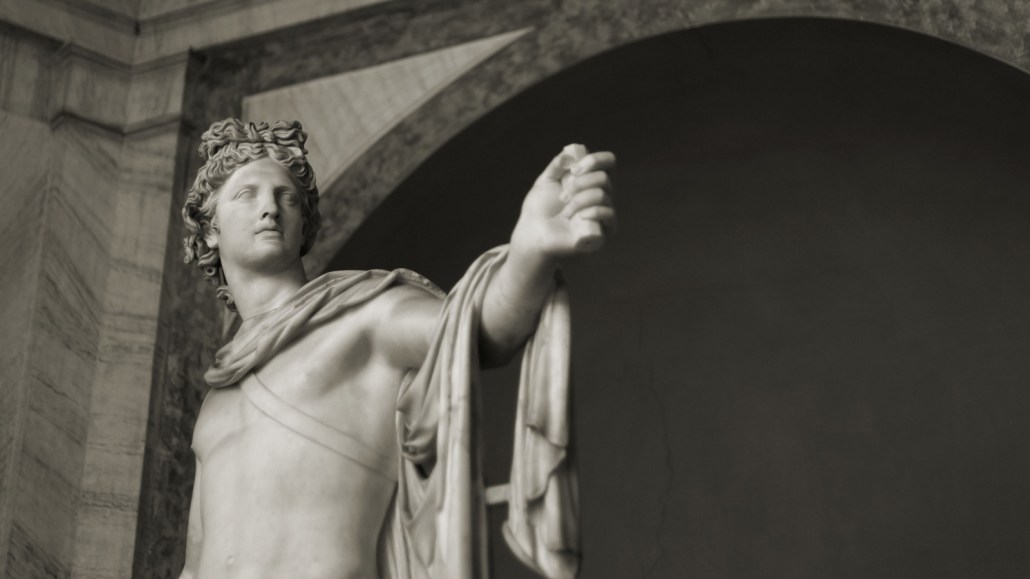 Upon announcing their intention to merge into the largest ad agency holding company in the world, the official word from Publicis and Omnicom was that the move was all about data.

In an interview with CNBC, Omnicom CEO John Wren explained the merger, saying that gathering, sorting and using data had become a fundamental part of agency work, and combining would help the two agencies do the job better. The new mega agency, Wren and Publicis CEO Maurice Levy argued, would be able to use data at a scale that would put them on par with data rich companies such as Facebook and Google – internet behemoths with the ability to cut out agencies by taking their data offerings directly to brands.

While the argument may seem compelling on the surface, it’s far-fetched, most likely a smokescreen meant to ward off anti-trust regulators by positioning the company not as a collection of ad agencies but a data entity along the lines of Facebook, Google and other platforms.

“Creativity, scale and media buying are what is being thought of during this merger,” said Andy Monfried, CEO of Lotame, a data management platform. The size of the new company, Monfried told Digiday, would not give it an inherent advantage over what the two agencies could do with data and technology on their own. “I do not think this merger accomplishes that objective.”

The new Publicis-Omnicom conglomerate, if approved, would be a $23 billion dollar company, dwarfing the rest of the agency world but still modest in comparison to $50.2 billion dollar Google. It would benefit Publicis-Omnicom to be placed next to those big tech companies in the eyes of regulators, which is why the data angle angle makes sense.

But, on a practical level, the merger is not likely to lead to data capabilities much more robust than what the two large agencies could have realized on their own, leaving some scratching their heads as to why the argument was made in the first place. Dave Morgan, a veteran of ad technology and CEO of TV targeter Simulmedia, has pointed out that getting bigger doesn’t improve the company’s ability to parse that data.

“You’re not going to create the next MediaMath, or Videology, or Facebook, or Google out of this,” he told AllThingsD.

“Google, Facebook, Twitter and Yahoo have been recently mentioned as companies posing threats to the agency holding companies,” Peter Stabler, a senior analyst in Wells Fargo’s Silicon Valley office, wrote recently. “On this front, we simply disagree.” Stabler said that agencies and social platforms “will continue to be more friend than foe,” adding that Wells Fargo was not convinced scale would bring the new company any significant advantages in the near term.

Ari Paparo, an executive at Bazaarvoice who spent six years working at Google and DoubleClick, said that he was surprised to hear his former employer mentioned as a competitor to ad agencies. “They’re Google’s biggest customers,” he said. “Google has very good relationships with both companies, so it’s particularly odd that they would say that.”

And there’s more than a little wishful thinking for Wren and Levy to put themselves in the league of Silicon Valley giants. Sure, WPP bought 24/7 RealMedia, but it and Omnicom are pretty much garden-variety services companies. Jonathan Mendez, CEO of ad tech firm Yieldbot, pointed out that Google owns 13 data centers while Publicis and Omnicom lease three.

“Let’s get real,” he tweeted. “This is not about competing in big data with Google.”

Paparo added that while agencies may do a lot of deals involving data, their clients don’t generally give them the rights to it, so the data argument doesn’t really stand up.

“For the vast majority of their digital buys, the data is generally owned by the end customer and having more customers doesn’t give you any leverage,” he explained.

What that means is we’re left with two people-based services business coming together in the hopes of saving money, unfortunately through needing fewer people.