The surprising state of digital ad spending in 5 charts

Ad execs in Cannes, awash in a sea of rosé this week, need not drink to drown any sorrows: The advertising industry, it turns out, is doing just fine.

Global ad spending will top $516 billion this year, according to the latest forecast from Magna Global. ZenithOptimedia is even more optimistic in its own ad spending report, predicting global expenditure to hit $524 billion, a 5.4 percent increase over last year. A big winner here, of course, is digital advertising, which Magna Global expects to increase $20 billion to $140 billion. That’s nearly a third of overall spending — and proof that advertisers are once again going where the eyeballs are.

Here’s a breakdown of where spending is today, and where it’s going in the next few years.

Mobile is driving the vast majority of digital growth
On the digital side, the ad industry owes a lot of its growth to mobile. Magna Global expects that mobile spending will grow 61 percent ($10.3 billion) to $27.1 billion this year. That’s 19 percent of overall digital media spending.  ZenithOptimedia paints the same picture, noting that mobile is growing over five times as fast as desktop. Thanks to the rise in mobile phones and tablets,  mobile advertising will grow by 49 percent a year until 2016, ZenithOptimedia forecasts.

Desktop spending is slowing down (and the desktop banner is in trouble)
In contrast with those impressive mobile numbers, desktop spending is doing about as well as an exec at the Gutter Bar at 4 a.m.: a little rocky. Magna Global expects non-mobile advertising to grow just 9 percent this year, with non-mobile desktop display spending actually shrinking by 1 percent. This is in line with what we’ve been hearing for a while now. Buyers are increasingly uncertain of the efficacy of the desktop banner ad, and are adjusting their budgets downward accordingly. 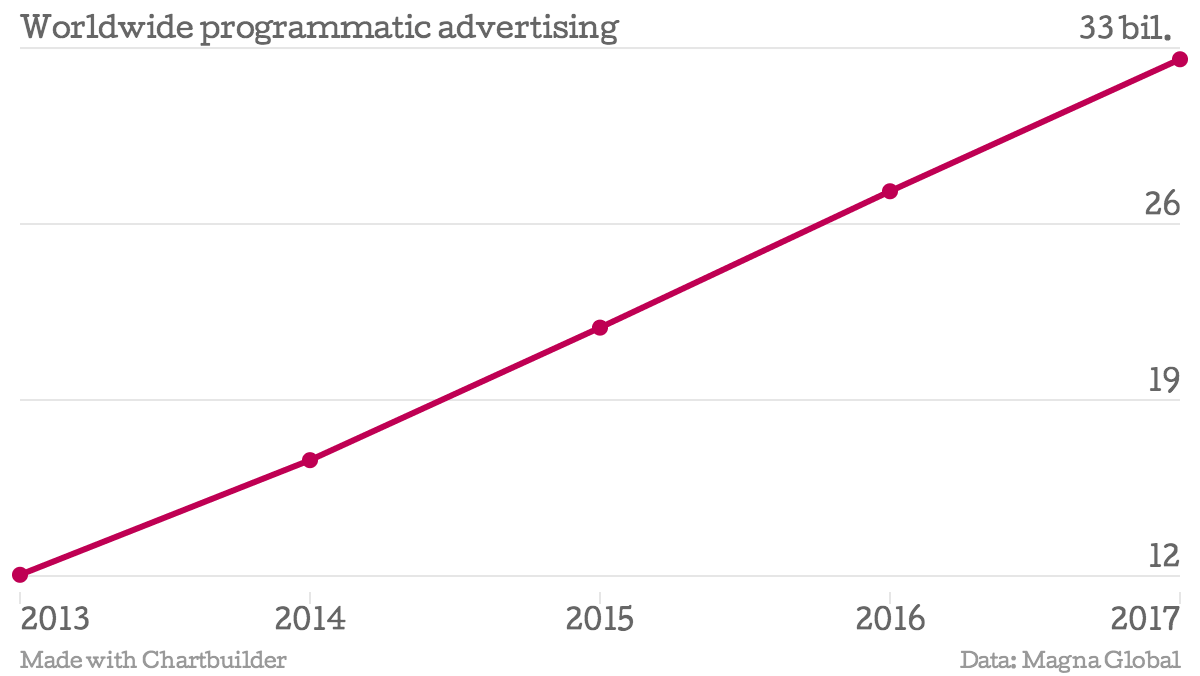 The World Cup is giving the whole ad industry a boost
The World Cup isn’t just clogging your Twitter feed — it’s also pouring dollars into the ad industry. The event is expected to draw over 3.2 billion viewers this summer, and advertisers are giving chase. ZenithOptimedia expects the World Cup to boost global ad spending by roughly $1.5 billion overall. A bulk of that growth ($500 million) will go to Latin America, were the games are being held for the first time in 30 years.

Television still rules, though
For all the talk about the potential of digital, television has proven to be particularly resistant to disruption. Thanks to events like the Winter Olympics and the World Cup, digital spending on television is expected to climb 7.2 percent this year. The growth picture won’t stay the same for long, however. ZenithOptimedia expects that television’s global marketshare will decrease slightly from 39.4 percent to 38.3 percent in 2016 as advertisers pour more money into digital advertising.