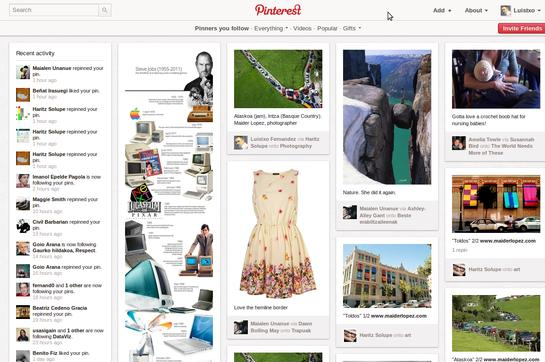 There’s been a whole lot of talk about Pinterest lately, with brands and retailers alike betting that the platform will live to become an important part of social media marketing. According to ComScore, Pinterest hit 11.7 million unique monthly U.S. visitors in January. The reach is clearly there. And there are some retailers for which the platform now serves as a customer-acquisition tool and a means of driving online sales.

“Pinterest brings together people with similar interests,” said Hayley Silver, vp of Bizrate. “Facebook is different in that just because we are friends doesn’t mean we’d be interested in buying the same products. Another unique opportunity [with Pinterest] is the ability to see a product within the context of your own lifestyle.”

Zappos can attest to this. The online retailer was one of the earliest brands to add pin-it buttons throughout its site. The retailer also has a Pinterest brand page with 38 boards and 1,000 pins to date. Almost 700 people follow the brand on Pinterest.

“We do see sales come from Pinterest,” said Darrin Shamo, director of direct and online marketing at Zappos.com. He added, however, that the sales numbers are still fairly low. But Pinterest is still fairly new, and once brands figure out the platform, it could potentially become a larger sales driver for retailers.

Zappos isn’t the only retailer seeing bumps in sales as a result of Pinterest. Back in April, a Sam’s Club executive said that one of its recipes drew a lot of attention on Pinterest. The recipe for a turnover with two pieces of asparagus and cheese resulted in a bump in sales for Sam’s Club products that were key ingredients.

“At SamsClub.com, our team is committed to producing visual experiences around categories like meal solutions and outdoor living to engage, educate and entertain our members,” said Carrie Foster, a spokeswoman for Sam’s Club. “Pinterest is a wonderful experiential social media tool — a visual reader review — that increases awareness for the quality of our assortment through the eyes of our members.”

Additionally, online jewelry retailer Boticca.com did a study comparing Pinterest to Facebook. The study, based on a sample of 50,000 visits to the Boticca.com website from each platform during a 30-day period in March and April, covers users’ purchasing and engagement behaviors on the website across both platforms. For that month, Pinterest was the retailer’s No. 1 social outlet in terms of sales. Boticca has been driving traffic from ‘Pin It’ buttons on every product page, as well as from branded Pinterest boards. Boticca has about 40,000 followers across its 62 branded Pinterest boards.

“Pinterest has more potential for driving retail traffic than Facebook does,” said Krista Garcia, an analyst at eMarketer. “Pinterest is more geared toward shopping than Facebook is. People compare the three biggies — Pinterest, Facebook and Twitter — and some are trying to make Facebook out to be a social commerce platform. But that’s not what people are going there for. On Twitter, people are going there for news. Pinterest is visual, and it’s all about the object and connecting with people through shared interests. It’s inspirational.”