Pepsi is putting Snapchat barcodes on millions of soda bottles 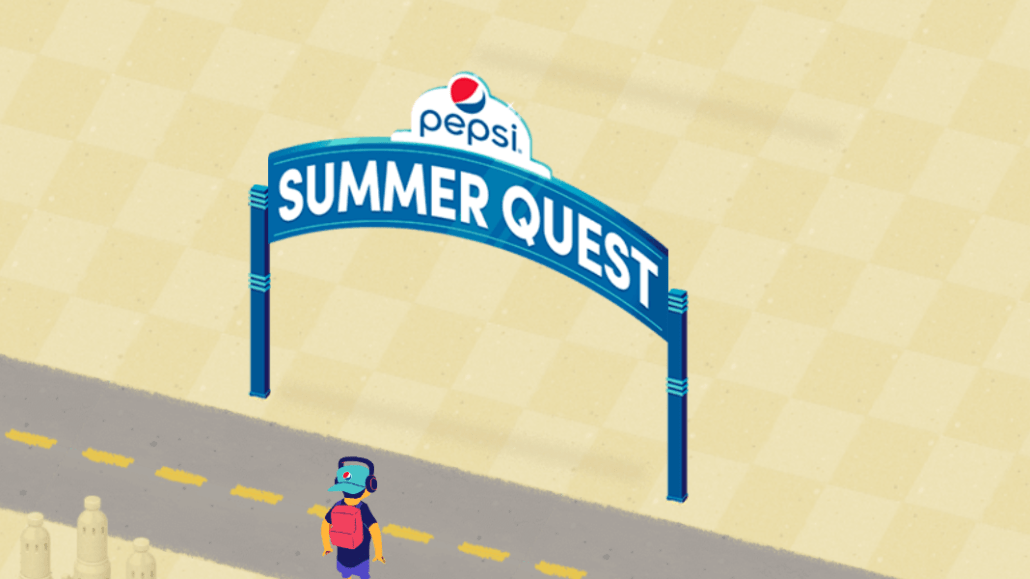 Pepsi cans and bottles will double up as gateways to Snapchat this summer — literally.

The soda maker is leaning heavily on Snapchat to promote its limited-edition cinnamon-flavored Pepsi Fire, stamping millions of Pepsi cans and bottles across the country with Snapcodes over the next eight weeks.

Users can use these Snapcodes, which are 2-D barcodes that the Snapchat mobile app can read using a smartphone camera, to unlock exclusive branded geofilters, sponsored lenses with floating 3-D objects and even a mobile game within the app. Pepsi is the first brand to use Snapcodes to unlock a World Lens and a game on such scale, and this is also one of the brand’s biggest pushes on the platform yet.

“This is our attempt to move from brand as advertiser to brand as entertainer,” said Lauren Cohen, Pepsi’s director of marketing. “We feel that this is such a big opportunity to serve consumers in a way that they want, with something they’re already opting into.”

While the geofilters and lenses launched on Monday, the game will be available starting on Memorial Day. Called “Pepsi Summer Quest,” the Temple Run-style game opens up within Snapchat and requires the user to run through several obstacles while collecting different Pepsi flavors along the way. There are five different summer-inspired levels, which will be rolled out on the next five consecutive Mondays.

In the beach-inspired level, for example, users have to collect Pepsis and run to the finish line while dodging surfers and skateboarders. When they collect five different Pepsi flavors, they finish the game. Users are also prompted to share the link to the game on the app when they finish and can also enter a sweepstakes to win prizes like gaming consoles, a trip to Lollapalooza and a “Conan” meet and greet. The game was developed by TreSensa, a company that creates branded gamified ads on behalf of top brands.

This is not the first time Pepsi has experimented with gaming on Snapchat. Last summer, its energy drink brand Gatorade launched a Serena Williams-inspired video game ad tied to the U.S. Open inside of ESPN’s Discover channel. The ad resulted in a 14.5 percent swipe-up rate, with the average user spending more than three minutes playing the game. Pepsi was also one of the first brands to test sponsored geofilters with Crystal Pepsi and has regularly invested in Snapchat, with Cohen saying the platform is a “big part of its media mix” as it seeks to reach out to millennial consumers.

The brand’s “Snap-Unlock-Win” promotion will also be supported by digital, out-of-home and on-air advertising, and Pepsi will track engagement and time spent on the Snapchat mobile game.

“We already know that people spend over a minute on games within Snapchat,” said Cohen. “We are hoping we surpass that benchmark.”