Pepsi Gets in on Harlem Shake 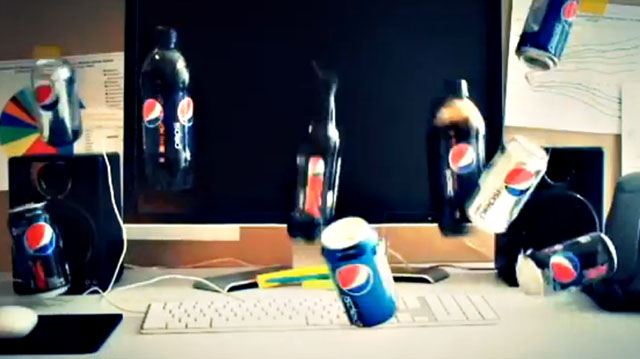 In the best of times, brands help make pop culture. Those instances are few and far between, but that doesn’t mean they can’t be fast followers.

Pepsi is jumping on the recent Internet Harlem Shake fad, which is the latest song/dance style that has become a video meme. The whole trend was inspired by the dance song “Harlem Shake” by Baauer, and much like Psy’s “Gangnam Style” did, this song has spawned a ton of different viral Harlem Shake dance videos all over the Internet. Collectively they’ve generated at least 44 million YouTube views — a certified Web hit. You can see a collection of some of the best ones here.

That didn’t escape the notice of Pepsi, a brand built on its close ties to popular culture. In this day and age, popular culture and Internet culture overlap to the point where they’re pretty much the same thing. The key with Internet culture is speed. Gangnam Style was cool until very suddenly it was not. Pepsi agency Deep Focus moved fast — the Harlem Shake meme started to gain traction in a big way in the past week — and came up with its own twist, “Do The Pepsi Shake.” The video explains what it is.

Is it the coolest thing anyone has seen? No. But it is cool to see brands trying to be a part of fun viral Web trends. As we’ve seen with Oreo during the Super Bowl, acting fast is absolutely critical for brands these days. Deep Focus is betting on this trend with its Moment Studio, designed as a way to help clients move at the speed of digital culture.