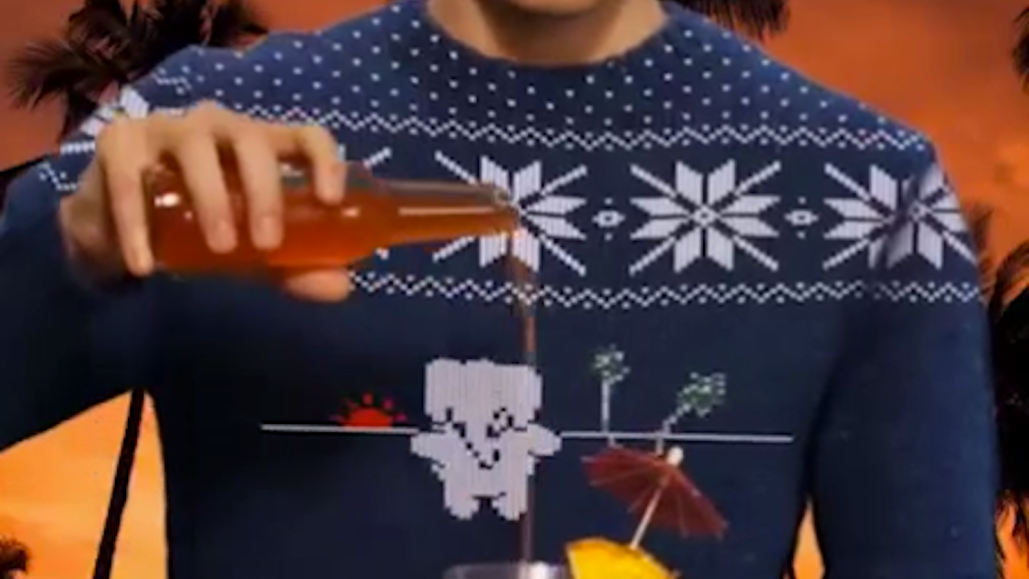 Love it or dread it, the holiday gift swap is a time-worn tradition at holiday parties. This year, Old Navy is using Vine to put a social media twist on what has traditionally been a more IRL affair.

Old Navy’s “White Elephant” Vine game works like this: The retailer is rolling out one Vine video per day for 12 days that reveals gifts it will give away. The gifts range from a trip to Hawaii and a Vespa on the high end all the way down to a Pogo stick at the low end. Old Navy’s Fair Isle sweater, which it’s making a big push for this year, serves as the backdrop, with a cross-stitched elephant demonstrating the gifts.

For the scale part, Old Navy enlisted 12 viners chosen for their creative sensibility and audience, including Manon Mathews (1.5 million followers) and Lexi Sorrentino (110,000 followers). Each was assigned a day to respond with a vine of their own in which they could “steal” a previously opened gift or “stay” and open the gift of the day. Viner Matt Cutshall (755,000 followers) opted for the latter in his Vine, shown below:

Anyone who revines or likes one of the Old Navy Vines is elligible for a chance to win one of the gifts. At the end of the contest, which runs through Dec. 20, two of each will be given away, one to the influencers and one to a consumer who played along. (The influencers also were paid an undisclosed amount.)

Taylor Bux, director of digital and social for Old Navy, said the retailer liked the idea of playing around with this cultural touchpoint that brings people together, but on a larger scale.

“We like the idea of a construct that’s never been done before,” Bux said. “But more than that, it’s being top of mind during the holidays, and we wanted to be able to reach new and younger audiences. The relationship between Vine and Twitter allowed us to distribute further.”

Bux said with four days left in the White Elephant game, the data show it’s already topped this summer’s flip flop campaign, when it enlisted Vine and other influencers to publicize its annual Flip Flop sale.

Old Navy has counted 7.6 million Vine loops for the campaign so far, over 16,000 revines and 45,000 likes as well as a 50 percent increase in followers on Vine alone. Niche was the agency that provided the viners, and We Are Social worked on the overall campaign.