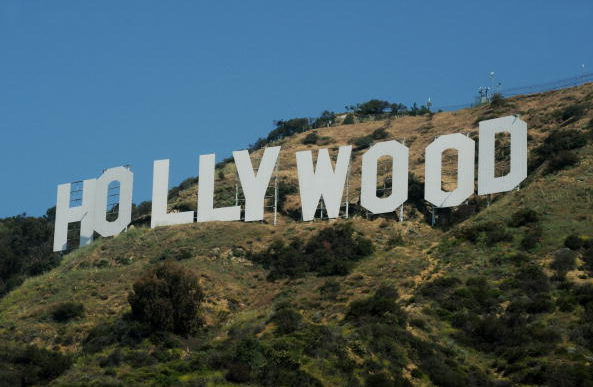 The story follows agent Chloe Jocelyn as she investigates several seemingly unrelated cyber attacks with fellow agent Frank Parker and incarcerated master-hacker Chase “Rabbit” Rosen. Norton consulted directly with the project’s creators to lend credibility and technical insights that helped inform the narrative and led to the creation of a cyber-security character in the film.

Rhonda Shantz, vp of consumer global brand marketing, said that the goal is to educate consumers on cyberthreats and how Norton can help. The move is a response to the way people consume content and further proof that the lines between movies and the Internet are blurring, she said. This movie is part of a larger campaign by Norton that includes a national mobile tour and an iPhone app.

Digiday interviewed Shantz regarding “Cybergeddon” and how Norton was weaved into the content.

How did this idea for the film come about?
We have worked with various studios in the past, but much more on a licensing type of deal, and we wanted to look at something more educational and wanted Norton to be integrated into the film. The cybercrime world has changed so much in the last 10-15 years. In the late 1990s, cybercrime was targeted at your PC. And the landscape has changed, and now it’s tablets and phones and Macs. So we thought of CSI, and it’s a perfect fit when you think about it. They fight crime, and so do we. Then recently, Anthony [Zuiker] reached out to us and said he had an idea and that it was something really different. He had an idea for a movie, which he would write and produce and Norton’s role would be more of a consultant, helping with the script in terms of terminology and such. We would provide the technical expertise. We were game right away because we could be relevant in a film like this. He is a master storyteller, and we are the technical experts. The story is very much like your traditional crime drama. It was written as a film with nine different episodes.

How is Norton weaved in?
Movies and Hollywood have always had consultants. But for a security company, being that deeply embedded, really is special. The film has all the drama and a touch of romance, which is what you would expect from Anthony [Zuiker]. We helped set him up with people. For example, there is one person in the Norton Response Center that handles the millions of threats per day. He was a main source, and [Zuiker] has given him a call out for the script and creates a character based on him. So basically Norton’s role was to help maintain accuracy. We made it more believable because the information, like the various cybercrimes mentioned, were real.

We are sprinkled throughout the film. For example, there’s a scene in the film where Chloe, a main character, has something like a virus or a threat she can’t figure out. And so she turns to Winston at the Norton Operation Center, and he helps her take a look and figure out what she is looking for. We look at threats and we see where they are coming from and we break them down, so it made sense to include ourselves in that way. Exposure happens throughout in very natural ways.

How will you distribute it?
It will be distributed online for six to nine months exclusively on Yahoo, which has a section of its site dedicated to original series. The long tail could be cable or Netflix.
When it makes its debut on Sept. 25, it will be front and center on Yahoo.com, and there will be advertising as well. Yahoo and Norton will use their Facebook page and Twitter handles to promote as well. Also, there will be a splash page where the film will be hosted, with a fully immersive experience on the side.

Yahoo and Norton will have ad buys off property as well. So you’ll see ads on ESPN and other media buys to drive to the property. The thousands of retail locations around the world that we are in are going to be selling a Cybergeddon box version of the Norton Security software. Also, we will reach out to our large customer base, 150 million people worldwide. We’ll promote it on Norton.com as well. We will have a project with Klout and Social Samba that will launch, which I can’t go into much detail about. But it’s totally cool and new and fresh, and we have a Cybergeddon-branded truck that will pass through places that have hundreds of thousands of consumers passing through.

What’s really special about this is that we will launch in more than 30 countries and in 10 languages, so this is truly a global effort. Marketing will differ based on country.

What else are you doing to support this program?
There’s a mobile game launching for iOS and Android. It is a Cybergeddon game, and it is an extension of the movie. Norton will be weaved in throughout here as well. So for example, as players move from level to level, they may be offered special powers for watching and interacting with a piece of Norton content, like a video. The point was for us to use every single touch-point we have where we can reach customers today. The threats and defenses in the game are actual names based on conversations with Norton’s cyber community experts.

What’s the message you are trying to get across?
The message is that the vulnerabilities and threats and loss of privacy have really expanded and are in more places than just the PC. And most consumers don’t know this and are perplexed when it happens. This is our way to really communicate how the threats have moved onto anything that has Internet, and you can do something about it, and Norton can help you.