Nissan Buys Gifts for Redditors – and Some Love for Itself 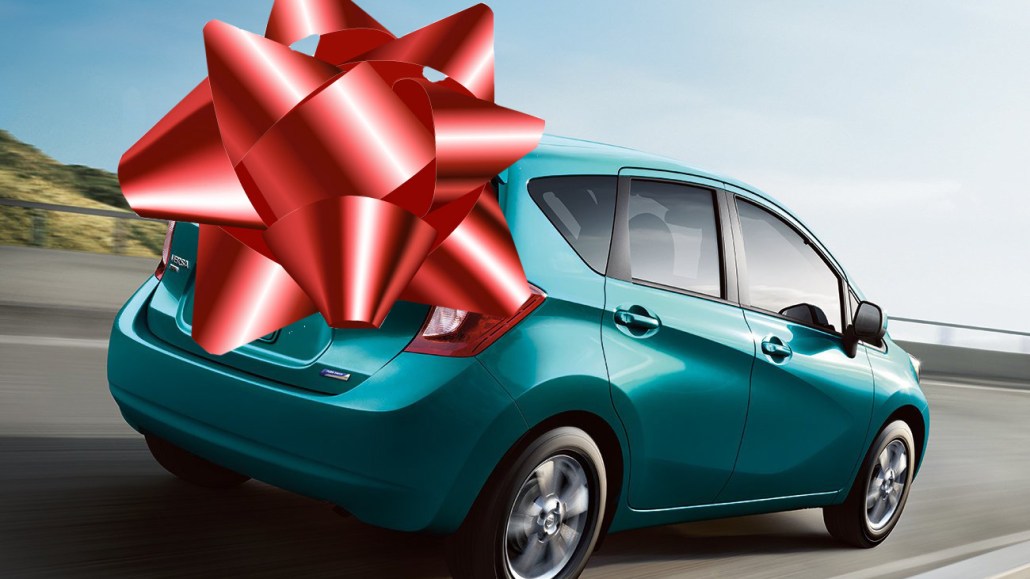 Brands are understandably wary of reddit, whose users can be notoriously hostile to advertising. So Nissan decided to go the old fashioned route to loyalty: buying it.

The Japanese automaker recently risked humiliating their brand in order to promote its new car, the Versa Note, the first vehicle available for purchase on Amazon. To hype the occasion, two Nissan Community Managers asked reddit users last Thursday to request an item they would like from Amazon – and then promptly began buying those items for them.

Nissan received over 1,500 comments and requests on the post and ended up treating redditors to 30 months of reddit gold (the website’s premium membership), and a long list of items ranging from a Nexus 10 to 4,500 ladybugs.

While the overall conversation was positive, there were some predictably tense moments. Redditor _watching asked Nissan for “Love.” Nissan community manager “Natalie” gave the witty response: “If only that was possible. You can’t buy love, even on Amazon :( But if love was an object, hypothetically found on Amazon, what would it be?”

Still, the general reaction was overwhelmingly positive. Nissan’s community managers were clearly fluent in the lingua franca of reddit, flirted and engaged with many participants over the course of the event. The company bought redditors access to a month of reddit’s premium membership as the default award for ridiculous requests like gold plated toilet paper and an $800,000 painting.

Victoria Taylor, reddit’s director of communications, told Digiday that Nissan’s reddit adventure was one of the best campaigns the site has seen in a long time.

“The community really responded well to the two community managers,” she said. “We didn’t expect the community to rally around them the way they did.”

Taylor said other brands like 1-800-Flowers.com and Fathead have had some success on reddit as well. But the key to dealing with user generated content, she said, is that brands must be transparent and accept that they can’t control the conversation. In that regard, Nissan also bought itself a reddit win.