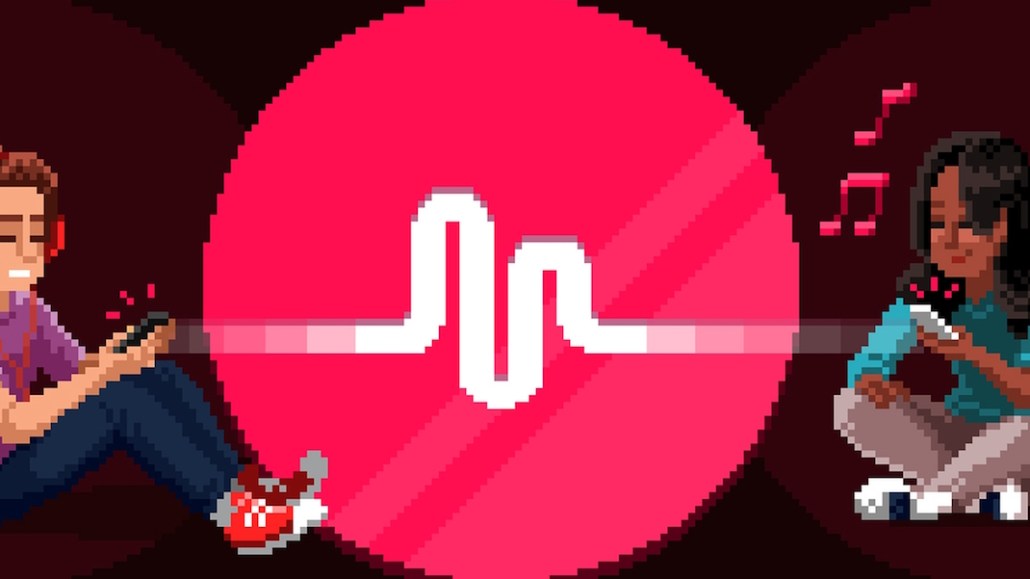 Musical.ly is singing a remix to advertisers.

After being acquired by Chinese media company Bytedance last November, the lip-syncing app is stepping up its ad sales effort in a push to attract more ad dollars beyond small influencer-based campaigns. Representatives from Musical.ly have met with ad agencies over the last few weeks to discuss three ad products, which they described as formalizing its pitch.

Musical.ly shopped around most of these ad formats last fall, but since then, it’s gone beyond lip-sync videos via content partnerships and helped advertisers with content creation, according to two media buyers. The new products include more custom content creation and co-creation of assets, said one media agency director, who recently met with Musical.ly. The director’s agency has not bought any paid advertising on Musical.ly, but is considering these products for clients later this year, this person said.

One of the ad formats is called #HashtagChallenge, where brands can “challenge the community to create videos inspired by a brand’s initial video,” said the director, who described it as “formalizing one of their old products that work.”

Another ad product is a brand takeover, where advertisers can create still images and GIFs that will either direct users to a brand’s Musical.ly page or to a #HashtagChallenge it created. Advertisers can also buy 5- to 15-second vertical video ads.

An executive from a New York-based agency said the #HashtagChallenge experience seemed the “most engaging.” Advertisers like Disney and Kit Kat have worked with social influencers on Musical.ly in the past year.

Musical.ly has not shared a formal pitch deck, according to four media agencies. One agency whose team has repeatedly spoken with Musical.ly said the platform hadn’t yet met its media team, but it expects to get updates on the new ad units soon.

Musical.ly did not respond to Digiday’s request for comment.

Musical.ly still says the app has more than 200 million registered users (same as the time of its acquisition), but is also touting 66 million users in the U.S. (up from 60 million reported last fall), according to an agency executive.

While Musical.ly has an audience that’s attractive to a lot of marketers, agencies have been skeptical of Musical.ly’s ad prices and return on investment. One media buyer questioned how effective vertical video ads would be, given Snapchat’s woes with serving ads to its young audience and its experiments with unskippable ads. The media agencies did not have new Musical.ly ad prices to share.

Musical.ly’s young audience also limits the advertisers it can work with. Alcohol brands, for one, have been hesitant to spend on Snapchat due to the age of its users, with companies like Diageo pulling its ad dollars from Snapchat after an investigation by the Advertising Standards Authority.

For now, Musical.ly is rather light on ads and other branded content within the app, so there is the inevitable fear that adding more ads could turn off its attentive user base. Musical.ly itself has been buying ads on YouTube and on Snapchat, prompting some users to express their annoyance:

Hello 911 yes I’m being attacked by https://t.co/7ru1mGTwSB ads on snapchat without my consent

The guys in the https://t.co/M1ly2MLVsf ads on Snapchat make me so uncomfortable someone please make them stop