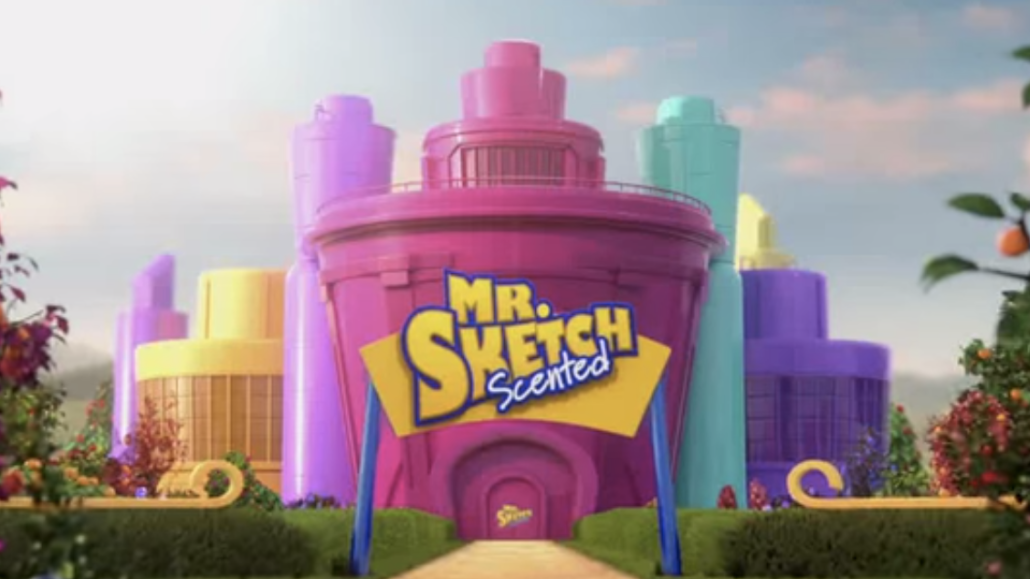 Mr. Sketch might just be the Proustian madeleine of the new millennium. The mere mention of the scented markers brings back a rush of memories: huddling around, getting illicit thrills from sniffing grape and cola markers.

Now Mr. Sketch — the scented markers by Newell Rubbermaid — is tapping into that nostalgia. Following the success of its back-to-school TV spot last summer, the company launched an interactive new musical website yesterday.

The effort comes on the heels of a brand overhaul by Mr. Sketch last summer, in which its packaging and design were revamped. The TV spot which kick-started the rebranding effort — featuring a flatulent blueberry — has so far amassed nearly 752,000 views on YouTube. The company also came up with new marker smells and themed scents — for example, now there is a movie-themed pack, which featured popcorn and nacho cheese scented markers, and a holiday-themed pack, which came with gingerbread and candy scents.

Mr. Sketch has been around since 1965 but hasn’t re-invented itself or marketed itself in almost two decades. In that time, Sharpie and PaperMate have emerged as more popular brands also under the Newell Rubbermaid umbrella, and competitors like Crayola have also taken the lead in the marker market. This campaign is Mr. Sketch’s comeback.

“Mr. Sketch has been around in a very competitive space for very long,” Victor Misawa, vp of marketing for the writing and creative expression brand at Newell Rubbermaid, told Digiday. “So we are trying to come up with something different that shows our uniqueness, which is the smell.”

At the center of the new website is an interactive game called “Toot Tunes,” which lets fans create their own symphonies by clicking on animated tooting fruits. Users can interact with seven different fruits; each fruit makes a unique sound when clicked, releasing its scent into the tip of a Mr. Scent marker.

The site works on desktop, tablet and mobile. Alongside Toot Tunes, the website also has a downloadable coloring book as well as links to buy the markers online.

“The website and the Toot Tunes game leverages the TV spot to create a little world for both kids and parents,” Gerard Caputo, group creative director at BBH New York, said. “We’re hoping it creates some more love for the brand.”

The website and game mark the second phase of the rebrand, according to Misawa. The brand has also doubled its ad budget, according to Newell Rubbermaid. And the metrics have been encouraging so far: Brand awareness has jumped 18 percent since the back-to-school campaign, according to the Millward Brown pre-post tracker, and Mr. Sketch’s share in the “youth art markers” category has increased four times since then, according to data gathered by IRI.

Next steps include integrating different social channels to develop a consistent brand voice, including Twitter and Facebook, to facilitate further interaction with its fans.

“There is still a big job to be done among our target audience, which is kids, their parents and teachers,” Misawa said. “Our brand proposition is coloring and fragrances, which is a big space to play around and build on.”