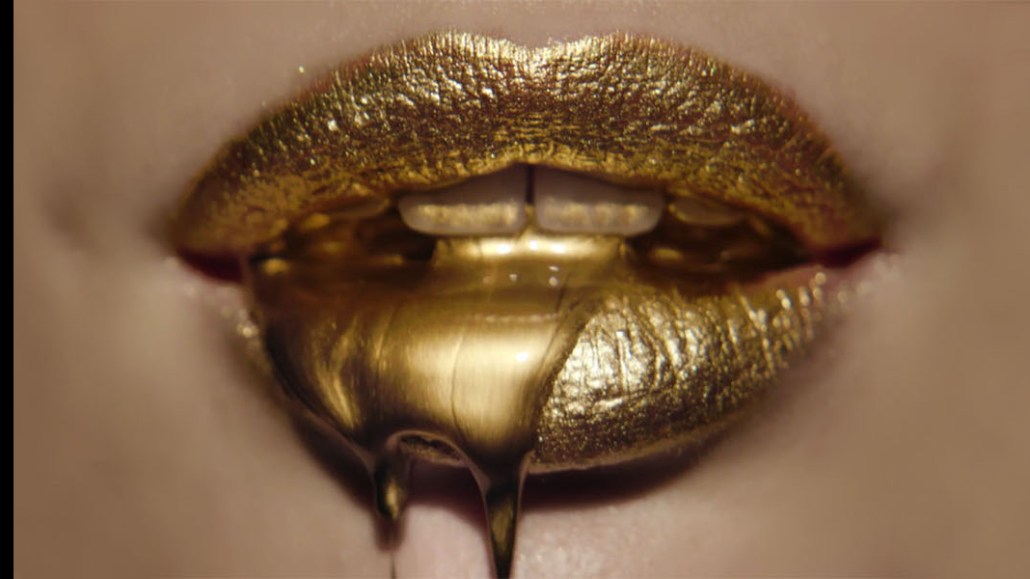 Seriously, What The actual Fudge were you thinking, brands? “Pushing the envelope”: good. Drilling a hole in your head and jamming the envelope into the mush of your cerebral cortex: not good.

Influencia is a French media website and magazine. Copy reads: “For you own good and that of others, subscribe now to influencia.net.” The press note from 3-year-old agency Gloryparis reads, in part:

“… the images of this preventive campaign represent the portraits of literally thick headed people. Using all these cranial love handles and inelegant physiques, Influencia boldly invites us to prefer a more refined brain food.”

OK, but those are flabby boob- and moob-eyed faces, not brains. Maybe I’m being too literal? No, these ads are too batshit insane.

The ad is named “Boomerang Hitler,” but you didn’t know that until I told you, and if I hadn’t told you, would you have figured out that it’s a Hitler boomerang? Be honest. Agency: Koenig Comunicación.

These layouts are a no-no known as “see-say” ads. Bringing logic into the WTF scenes, the “callings” are flat-out outrunning the students. Future construction boy is about to faceplant. Agency: DPR&Co.

In September, to celebrate its 30th year in China, KFC presented a Colonel way nuttier than any of the American Colonels to introduce new Arabica bean coffee. And “Grandpa Kentucky” has got himself a very strange song. Sample lyrics: “Fresh coffee freshly, ground, he works so hard. … (No, he doesn’t; he’s DEAD) He makes coffee every day, chickens getting pissed,” etc. Please explain yourself, Wieden+Kennedy Shanghai.

First, a note about Brazilian art directors: Many of them shut down the left hemispheres of their brains while concepting. Sometimes, this leads to amazing visuals. Other times, it leads to mindlessly ludicrous visuals, like above. The copy line: “Problems awaken when you fall asleep.” The ad on the left is called “Baywatch.” Now you get it. The ad on the right is called “Driver.” The truck on his hat is a key clue. An alternate headline for this campaign could be: “Problems awaken when you drop acid.” Agency: Lew’Lara\TBWA, São Paulo.

Lastly, it’s my favorite WTF ad of the year, one you’ve probably seen. If not, watch it. It’s playing in cinemas before the movie “It.” No porny close-ups of women’s lips licking ice cream, no stupid smiling kids, just a woman being fed by a robot. Simple always wins. The spot was hatched by director Mike Diva (while drinking Four Loko). Adweek has the backstory.