Add the Montreal Canadiens to the long list of brands learning the hard way not to trust the Internet.

To celebrate its millionth Twitter follower last night, the NHL team sent out custom messages to people who used the hashtag #CanadiensMTL1M. The original idea was supposed to be a way to give thanks to its loyal fans with a clever social media gimmick. But the thank-yous were auto-generated and sent to whatever handle tweeted at them — meaning, from the outset, the team gave up all control over the context of their thanks.

Twitter being the hive of scum and villainy that it is, naturally took a quick turn for the vulgar. People tweeted at the team using horribly racist and vile handles. Within minutes, the team was unknowingly auto-tweeting out less-than-desirable things.

While the team quickly deleted the tweets after realized it was being trolled, screenshots of the more offensive tweets remain online as captured by the CBC.

For example, here is one of the team’s players thanking Twitter user @Wh1teP0wer for his support: 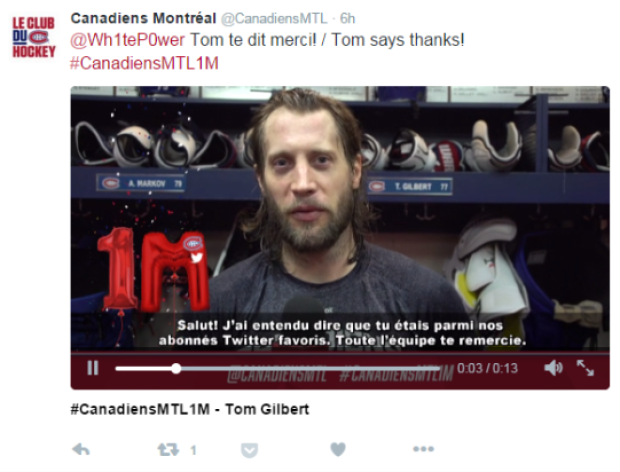 Then there’s this jersey welcoming Twitter user @IloveISIS to the family: 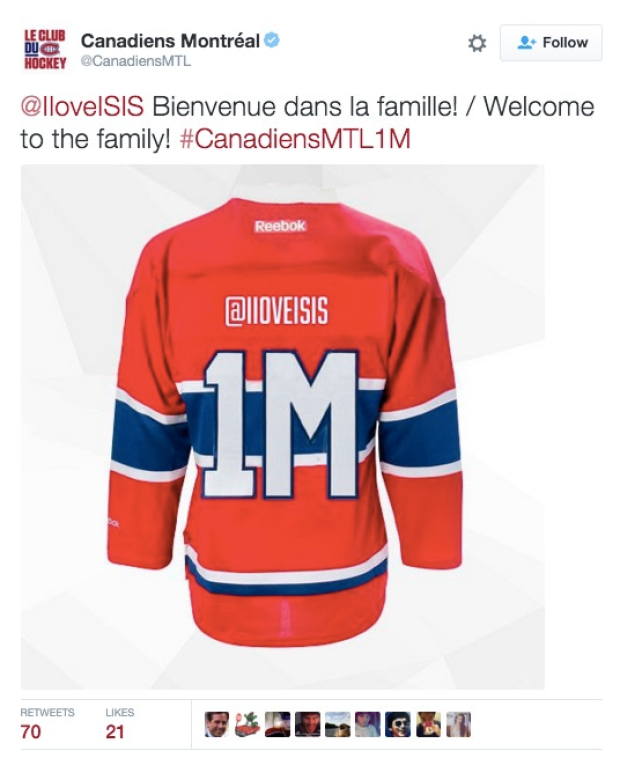 In another disturbing troll, black player P.K. Subban was the target of racist jokes. He had pre-recorded a video thanking fans, but he had no control over this auto-tweeted “special message” of thanks to @DeathToN1ggers. 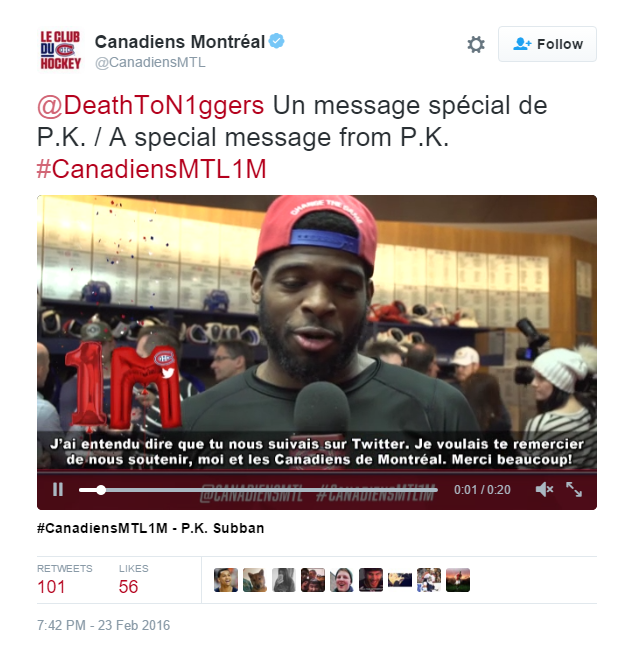 The Canadiens finally ended it after five hours, blaming the fiasco on a “filtering issue” of its automated script. “We apologize for the offensive messages and have fixed the issue so it won’t happen in the future,” the team tweeted.

The team joins a long list of brands trolled on social media, with most recently being Coca-Cola which had its own GIF campaign on Tumblr targeted by pranksters. We wonder what the Canadiens are going to do when it hits two million followers.