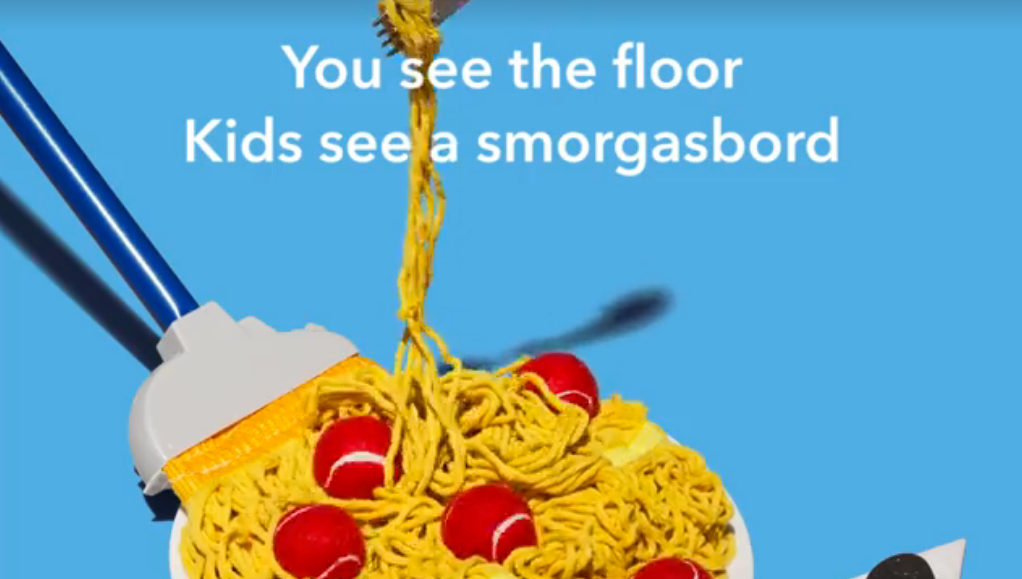 With a new social and media campaign, Orajel is working to inform young parents about the importance of oral care. Last week, with help from digital marketing agency iCrossing, the brand launched a playful new campaign around the concept that kids will put anything into their mouths, so it’s never too early to start a healthy oral care routine. This comes across in fun, educational videos, GIFs and carousels posted to Facebook and Instagram.

“What we’re trying to do is try to teach parents about the importance of early education in a fun and educational way,” said Nimit Bansal, director of marketing at Church & Dwight, Orajel’s parent company. “Not many parents know that they need to do this for their children and that there are benefits in doing this.”

The brand is starting out with one video and 12 different GIFs. The 24-second video shows various babies stuffing things like toilet paper into their mouths, while the GIFs zeros in on everyday objects that look like food to babies. For instance, one shows a mop and tennis balls resembling spaghetti and meatballs. “You see the floor,” it reads. “Kids see a smorgasbord.” At the end of the short video and every GIF, Orajel emphasizes the fun characters on its products and the fact they are Fluoride-free and safe to swallow. These are the selling points for each product, said Bansel.

Orajel also plans on partnering with mom bloggers and online publishers such as The Bump, The What to Expect Foundation and BabyCenter on branded content aimed at informing parents about topics like oral care issues and the stages of baby development. Every 10 days, Orajel will post new content across social and its media partners to keep the messaging fresh. The creative also works to reinvent the brand in the eyes of consumers so that parents realize the 40-year-old brand not only sells adult pain-relieving products for toothaches and cold sores, but also teething gel and training toothpaste for children, said Bansal.

“We feel really bullish and confident that this is going to be the best way to reach young parents in a place where they are spending a lot of time,” said Bansal, Thirty-seven percent of mothers and nearly 50 percent of fathers use social once a day to answer their questions about parenting, according to a 2016 Crowdtap survey. And more millennials are taking on those roles: In January, Pew Research Center found that millennials are becoming mothers at a rate of a million a year.

Frederic Bonn, executive creative director at iCrossing, said the content differentiates Orajel from competitors by focusing on the emotional side of the brand story instead of just the products. “We put the emphasis on what kids put in their mouth,” said Bonn.

Until now, the brand had no social media strategy, Bansal admits. Instead, the focus was on TV and print. Indeed, this campaign works as a relaunch of the brand’s unkempt Facebook page; on Twitter, @Orajel is a parody account, and the brand just signed up for its first Instagram account last week. Next year, the brand might expand to other channels such as Twitter and Snapchat, depending on how its first attempt with social goes, said Bansal.