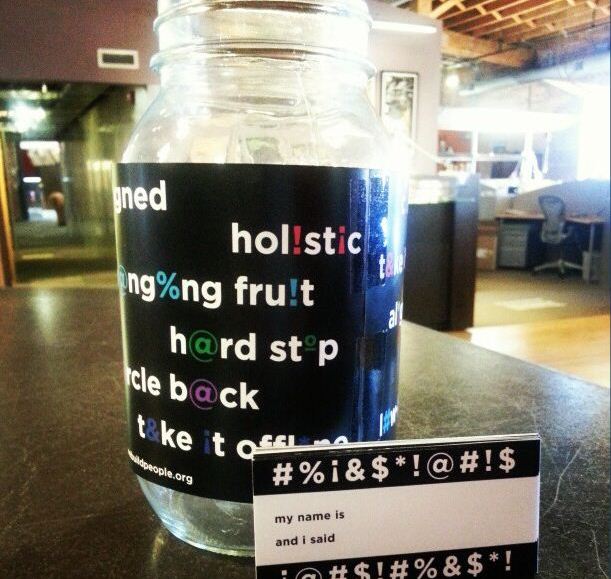 Those in the digital media industry frequently complain about the meaningless jargon that gets bandied about on a daily basis. As an experiment, North Carolina-based agency McKinney decided to see if it could go a week without using some of the worst industry buzzwords. Unsurprisingly, it discovered its business didn’t grind to a halt.

The concept was a simple one: Money jars were installed around the office and in meeting rooms, and staffers had to donate a dollar or leave an IOU every time they used one of eight offending words and phrases, including “aligned,” “low-hanging fruit,” “socialize,” “holistic,” and others.

“We were thinking of ways to raise money for charity, and we decided to charge staffers every time they used jargon,” said McKinney associate creative director Meg Sewell, who formulated the idea with fellow creative director Jenny Nicholson. “In reality, we actually didn’t make that much money, because people really did stop using jargon.”

Sewell and Nicholson circulated an initial list of the words they wanted to ban around the office, which before long had grown to nearly 50 words and phrases following contributions from fellow staffers. They then voted on which words were most commonly used across the entire agency, as opposed to specific accounts or disciplines, and compiled the final list.

“It was funny to see people sitting in meetings and opening their mouth to say a word and then catching themselves and stopping,” said Nicholson. “It really got people to think about what it was they were actually saying.”

From that perspective, the pair suggested the initiative might actually have helped the agency. With fewer meaningless words getting thrown around, meetings and other conversations proved more efficient, they said, but ultimately it proved difficult to police once the novelty wore off and people stopped self-reporting.

As a result, the jargon ban will not remain in place long-term, though the agency says it has seen a reduction in the use of the words since the program ended. Unfortunately, that’s meant it only raised around $50 for the charity it donated the proceeds to, YMCA’s We Build Program, though Sewell and Nicholson suggested it could have been much, much more if they made agency staffers pay on behalf of their clients.

For the record, the term that generated the most cash over the course of the week was “holistic.”