Last week, some 85,000 attendees were on hand at the Mobile World Congress in Barcelona. James Hilton, global CEO of M&C Saatchi Mobile, one of the biggest mobile media buying agencies in terms of spend, was one of them. Here, the MWC veteran spells out some of the key trends that emerged from the event.

A lot of the mobile phone announcements at MWC aren’t that exciting any more, let’s be honest. So what makes you go to Spain every year? 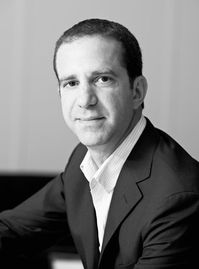 It’s turning into the event in digital. Every night there are dozens of parties. Everyone wants your attention. We’re seeing a different type of person attend and a different type of company exhibit. There’s always going to be hardware, but the software side of things has exploded. Mobile’s maturing, meaning the world is a lot more data-driven and we have a much greater ability to capture data. The event will continue to grow as long as they’re able to find space to physically fit everyone in.

We’ve heard about connected fridges and the like, but it’s hard to get excited about those. What really caught your eye?
The cars were cool. I saw one car where what they’ll do when you’ve broken down is send a patch which you can download and get moving again. Obviously if you’ve crashed, it’s different, but if it’s not firing up properly, they can log in and see. Cars are going to be connected over 4 and 5G, meaning mapping is also going to be exceptional. Instead of sitting in traffic and looking at the binary map on a satnav, your dashboard will soon be showing maps with all the detail you see today on Google Earth.

Facebook had a huge presence there this year. Even Zuck turned up. What do you make of Atlas, its cross-device ad solution?
Facebook is very heavily mobile-driven now, so they’ve got a very strong position to work from. They’re really capitalizing on that position with Atlas. It’s a serious proposition. Will we ever see full cross-channel attribution? Not before the next MWC, but we’re getting close to it.

Surely its potential is limited as long as it, like the other big players, restricts access to third parties?
There are walled gardens preventing these cross-device ad servers working together, but I’m sure there will eventually be a universal solution of some description. I can see why the cross-platform ad tech players won’t share their data. They understand its value. Only on Facebook and a handful of others, because you’re logged in on your desktop, mobile and tablet, can they actually ID a user. They can really do attribution. Everyone wants that data, and whoever owns it is going to make plenty of revenue from it.

What’s your view on the rest of the mobile advertising oligopoly?
Google has had an up-and-down journey being dominant in search, but then buying Ad Mob and losing their way somewhat with Ad Mob. They changed a lot of the structures and lost a lot of ground. But over the last couple of years, they’ve really picked it up again and gained momentum. This cross-device attribution play is key not just to Google either. You can also get it from Apple and Microsoft. If you’re logged into Microsoft on three devices, you can work with Microsoft to say, “Right, I need to get different messages to people on different devices at different times.” It’s very doable now.

It’s powerful, but data still shows mobile advertising is dominated by app-install ads. It’s heavily weighed toward direct-response campaigns. There appears to be less scope to run brand-building campaigns.
At first, spend was brand-orientated, then the dot-com crash pushed it toward performance for years, and then eventually the big brands came back in. What we’re finding in the market now is while there are a lot of app-download campaigns and things like that, we have lots and lots of clients who are not into that. Instead, what they’re into is quality engagements, based on video views, pageviews, dwell time. What both approaches have in common is they’re results driven: You can measure things now. If you have nothing to measure and record, you have no way of saying what’s working.

How are these changes playing out at an agency like yours?
We used to make apps and were one of the only businesses in town when the App Store launched. At that time, everyone wanted an app. But brands want to create their apps in-house now, because it links in with a lot of proprietary data, which they’re uncomfortable letting anyone get access to. Plus, they’d often make an app, then move on to the next thing. Now, we have seven offices around the world, and the majority of our work is either distribution and mobile strategy, or media. “Mobile” is a very generic tag now. A lot of agencies are pivoting toward niche areas. If you’re saying you’re a full-service mobile company, that involves a lot. No one can do that nowadays.