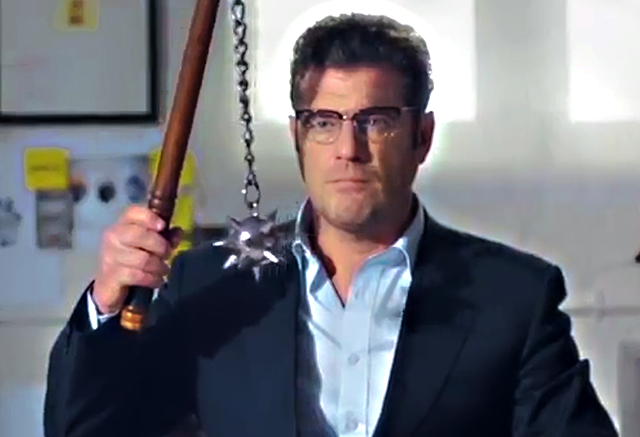 In reaction to the complicated and contrived digital marketing campaigns often concocted by agencies, M&C Saatchi NY has decided to reinforce its “brutal simplicity of thought” mantra. Based on the founding principle of Maurice and Charles Saatchi when they formed the agency in London 18 years ago, it mocks the range of media and tech platforms now available to brands but urges them instead to keep things simple and to choose their digital platforms wisely.

It’s better to do a few things brilliantly than many things adequately, the shop believes.

“It seems with the proliferation of options in the platform world that the lack of really good ideas out there gets obfuscated,” said Pierre Lipton, M&C Saatchi NY’s chief creative officer. “Agencies are often more concerned with how ideas spread than what they actually are.”

As consumers’ media consumption habits continue to fragment and social and digital channels play a more prominent role in marketers’ arsenals, some argue the concept of a “big idea” is outdated for the digital world. Digiday has recently pondered the future of advertising’s “big idea” in the light of the fact that brands can now reach consumers through hundreds of channels beyond traditional ones like TV and print.

But just because they can, it doesn’t mean they should, Lipton believes. “With all these different channels it’s impossible to do a ‘360’ campaign now. It’s not only expensive; it’s wasteful,” he said. “That’s not to say that brands shouldn’t be in these places, because they should, but they need to choose the places that best suit them as opposed to jumping into everything. That approach can be risky for a brand now.”

M&C re-opened a New York office a year ago and now employs more than 40 staffers working for brands including Reebok, UGG, and Reckitt Benckiser. Lipton himself joined from AKQA’s San Francisco office in August.