Marriott’s content studio is now a film studio, too 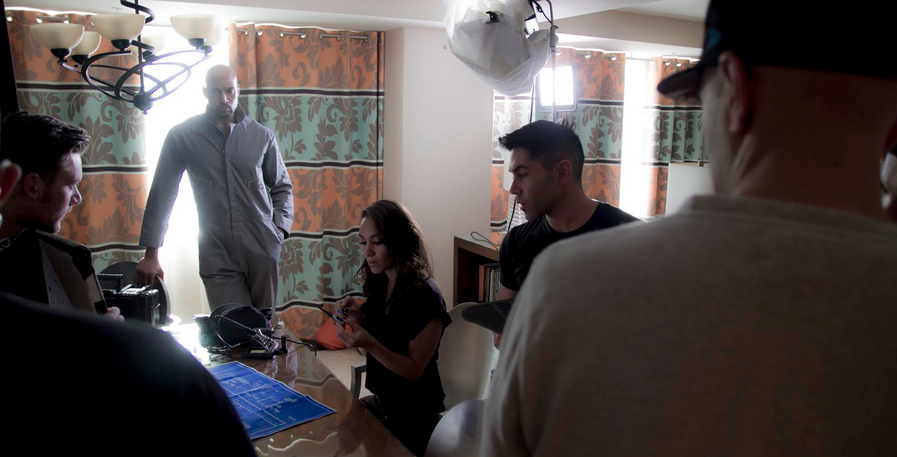 In an ongoing effort to get every traveler into one of its beds, Marriott is taking the unconventional route of becoming a film studio. The hotel chain’s global content-creation arm began production of its first short film on Monday in Los Angeles.

“Two Bellmen” – a dance, music and parkour bonanza – is the story of two hotel bell hops who thwart an art heist at the JW Marriott Los Angeles Live hotel. It even includes almost-real actors: William Spencer and Caine Sinclair — stunt doubles from “Spider-Man” and “How I Met Your Mother,” respectively — are playing the leading roles.

The film is the latest project at the 3-month-old Marriott Content Studio. The hotel’s in-house creative division has a staff of 65 led by former Disney-ABC executive David Beebe, now Marriott’s vp of creative, content and global marketing. The content studio is divided into three teams: content development, which is the internal creative agency; production, or the entertainment division; and distribution, a real-time marketing group that monitors social media and engages with fans online.

“Our strategy on the highest level is built on the three Cs,” Beebe told Digiday. “Creating content that entertains, informs and provides value to people, building a community with the people by doing content right over and over again, and eventually driving commerce from that community.”

Since its launch in September, the studio has been productive: It rolled out a new travel lifestyle vertical in partnership with Medium.com, partnered with entrepreneur and travel vlogger Sonia Gil and comedienne Taryn Southern, launched influencer marketing campaigns on Snapchat and YouTube, and released a number of shorter original videos. Even prior the content studio’s inception, Marriott has burnished its reputation as an experimental brand — teaming up with Oculus Rift for an innovative virtual reality campaign last year.

As a metric for success, Marriott looks at content-engagement rates, viewership numbers, time spent viewing the videos or reading the articles and shares. So far, the numbers are encouraging for branded content — the inaugural episode of the Marriott Rewards “Year of Surprises” series, which features NBA player Jordan Farmar delivering a surprise to basketball fan Ryan Hicks, has garnered nearly 52,000 views on YouTube since being posted in late October.

But above it all is Marriott’s aim of building deeper relationships, changing people’s perceptions and providing them value.

“For us, it’s all about relationships — we look at how we are changing people’s perceptions about our brand and building relationships,” said Beebe. “Really, here’s a brand that gets it, that realizes the way to build those relationships is to give content of value. A lot of brands talk about doing it, but it takes a lot of time and requires a shift in thinking.”

Ryan Skinner, a travel analyst at Forrester, thinks this is a smart move. “For travelers, travel planning starts much before they book that hotel room — Marriott is doing the right thing by going there,” he said. “Brands today realize that relevance can’t be bought through ad dollars; it has to be earned. But ultimately, a lot of it depends on whether they get the right tone, talent and technology in trying to be relevant.”

Not everyone is champing at the bit to book a room, though. “I think Marriott’s move into content is interesting, but it’s too soon to tell how well it’s going to work,” said Jason Clampet, co-founder and head of content at Skift.

“I do know that it is being watched closely by other hotel chains who are waiting to see if the move is too ambitious or something that needs to be copied right away. They, like us, wonder if content can help a hotel brand become a lifestyle and entertainment brand, as they all wouldn’t mind becoming.”

But Marriott is hardly taking a wait-and-see approach. It plans to try its hand at live events and podcasts, as well as collaborations with its fans. It is also making sure that it targets a broad spectrum of travelers — from the single travelers, to families, to millennials.

“We will continue to innovate across the board — for our brand, our portfolio of brands and even small business like event planners at our hotels,” said Beebe. “To be relevant, this is the way we have to market.”