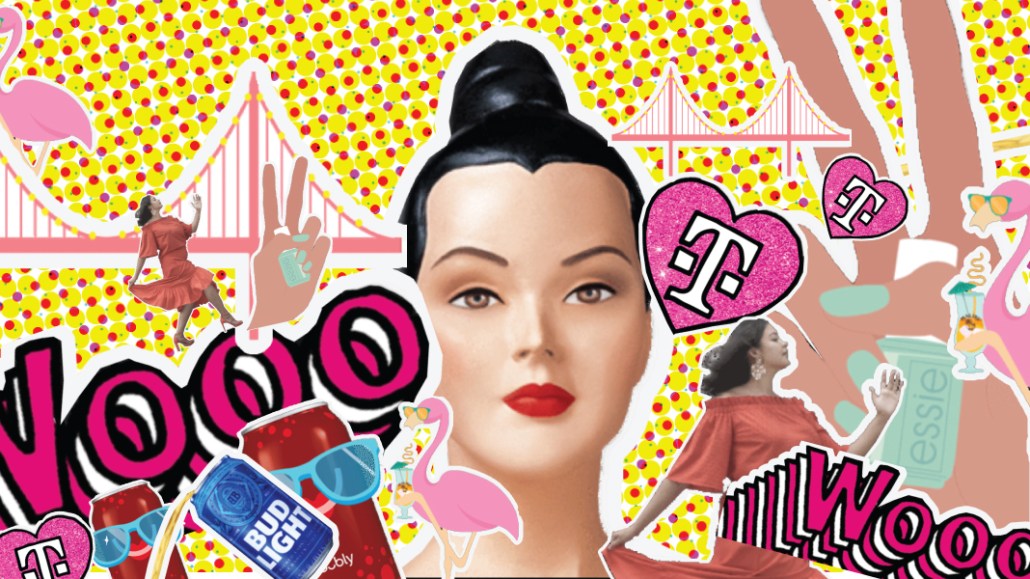 Companies are experimenting with animated stickers for people to place over their Instagram Stories and Snaps.

Absolut Vodka, Red Bull, Jolly Rancher, Gucci, T-Mobile, Malibu Rum, Benefit Cosmetics, Essie and PepsiCo.’s new sparkling water label Bubly have all launched partnerships with popular GIF creator Giphy to create their own GIFs that live within Instagram Stories and Snapchat libraries, eager to reach young audiences in the ever-evolving ways they are communicating with each other.

The latest partnership took place this weekend with Bud Light. On May 25, Bud Light launched a dozen GIF stickers on Instagram and Snapchat that tie into the Anheuser-Busch company’s viral “Dilly Dilly” campaign, which it first introduced in summer 2017. The GIF stickers, which include cans of Bud Light pouring beer and the catchphrase “Dilly Dilly,” are an evolution of that trend, said Kyle Lazarus, Bud Light’s senior digital brand manager.

“People have gone past using GIFs for communicating one-on-one,” said Lazarus. “Now, they’re taking their own photos and placing animated stickers over them. We want to embrace that and bring the brand into their day-to-day communications more closely.”

According to a 2,000-person survey conducted by public polling group Harris Poll and Google-owned GIF-sharing platform Tenor, 69 percent of Americans use emojis, GIFs and stickers because they believe they can communicate their emotions better through images.

However, Instagram’s and Snapchat’s Giphy integrations are not the friendliest for companies. Specific GIFs are not easily discoverable on either platform; Instagram and Snapchat feature only a certain amount of GIFs when users select the option to use Giphy. So, in order to find Bud Light’s (or any companies’) GIFs, users have to know what to search for. Bud Light is using keywords like “Dilly Dilly” and “Bud Light” to make its stickers discoverable for users, but wouldn’t disclose what other keywords it’s using. Bud Light said it did not have to pay against these keywords. Instagram and Snapchat are also not doing any extra work to promote promotional GIFs within their platforms.

GIF stickers are fairly new to both Instagram and Snapchat. Instagram first introduced GIF stickers to its Stories in January. As these platforms are endlessly one-upping each other, Snapchat followed suit in February. Since then, both platforms have had a turbulent relationship when it comes to their GIF libraries. In March, Instagram and Snapchat had to suspend their Giphy features after users encountered a racist GIF, as reported by TechCrunch. By the end of March, both platforms had re-enabled Giphy after the GIF search engine committed to reviewing its library and said it would add more moderation to prevent future issues.

Companies work with Giphy’s Sticker application programming interface platform to distribute their GIFs through other compatible platforms. Benefit Cosmetics, for instance, has created 20 GIFs that reference its beauty products and company imagery, such as the Golden Gate Bridge and sayings like “New brows, who dis?” Along with Instagram and Snapchat, Benefit Cosmetics stickers are available over SMS and Giphy-compatible platforms Tinder and Slack.