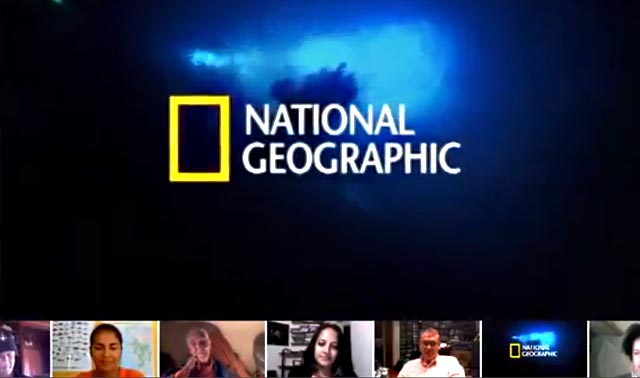 Google Plus is the social network many love to hate. But despite it fits and starts, Google Plus has one killer app: hangouts.

Hangouts could be one of the biggest innovations brought forth by Google Plus. With a Hangout, multi-participant Web chat is easy. Brands like Ford, Dell and Coca-Cola  have used Google Plus Hangouts as a way to connect with customers. Even President Obama uses Google Plus Hangouts and will be hosting his second one this Thursday, two days after his State of the Union Address.

National Geographic achieved its goal of creating awareness of its anniversary and getting audience participation and engagement. The recorded version of the live Hangout has gotten just under 4,000 views on YouTube and 10,000 +1s on Google Plus. The event got  2,450 Google Plus Event RSVPs, 1,300 comments, and #NatGeo was 125 tweeted over 2,000 times. The icing on the cake is that National Geographic also got 150,000 new Google Plus followers.

National Geographic Society, which counts Google Plus as a large part of its social media presence, has over 2 million followers there. It mostly uses the platform to share  its wealth of high-quality photography and images.

Clearly Google Plus — while it might not be the next Facebook as far as social networks go — clearly has value and enables marketers to do things with social video that they can’t do elsewhere.