P&G’s Marc Pritchard: ‘We needed to start having a discussion about unconscious bias’ 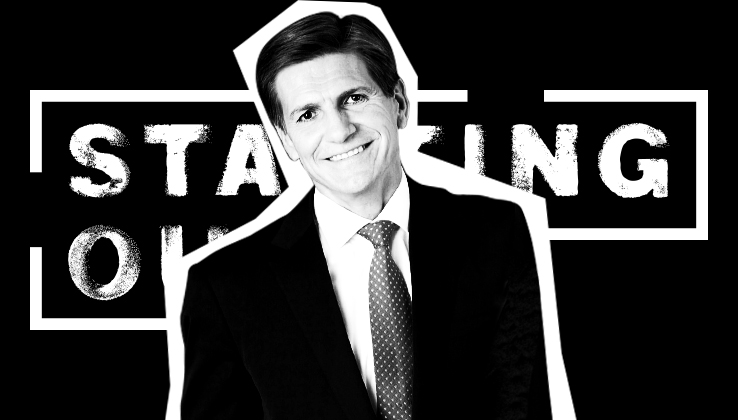 Marc Pritchard, chief brand officer at Procter & Gamble, made waves in the marketing industry by starting a conversation about unconscious racial bias, a step aligned with the principles that define his leadership — humility and transparency. On this week’s Starting Out, Pritchard talks about having a role model in his father, his career path from a cafe busboy to an executive position at P&G and why it’s important to discuss unconscious bias.

I bussed tables. That’s when I knew I wanted to get a professional job. I remember the normal table-bussing mistakes like dropping all the dishes and breaking them. I learned that I have to move quickly; the customer is always right. But I remember washing the dishes in the back was pure torture. It was a lesson in what I didn’t want to do when I grew up.

You have to learn how to amplify your effectiveness through others. There’s a fine line between honesty and rudeness sometimes. You need to find a way to be transparent in a constructive way. As a leader in a large company, it’s important to demonstrate honesty and transparency and the ability to speak about things that may be uncomfortable. We [at P&G] needed to start having a discussion about unconscious bias.

My dad was Mexican, but he was adopted by a man with an English name, Pritchard. My mom was German. I was able to go between Latin and white culture pretty seamlessly as a kid. By the time I got into the workforce, I’d heard a lot of labels and learned what prejudice was about. My dad shared with me how to operate and how to be successful and be able to move through. He was very clear about the biases that occur.

So, I essentially suppressed my Mexican heritage at work. It wasn’t until a couple of years ago when I was going through this unconscious bias, and I said that I needed to examine and understand it a little more. Because if I don’t, then I’m not going to be able to lead effectively and deal with it. That’s when I expressed my heritage because I was afraid of being labeled, too, and the bias that might occur. When senior leaders talk about that, it gives permission to others to talk about that. There’s an element of safety that’s required because you’re dealing with a set of topics that people are fearful about discussing. You need to get comfortable with the uncomfortable.

That opened up a big discussion because now you had a senior leader that was willing to give something that’s very personal. If you have a conversation, it leads to understanding that leads to change in attitude, which leads to action. One of the actions that needs to occur is we need more equality. When you have that, things get better. Society is better; you’re more innovative; teams are more effective. From the economic standpoint, equality means you’re injecting purchasing power into the market, which is good for business.

Bias is a human condition. It’s how the brain works to get through the day. You have thousands of decisions in a day; you can’t make every decision consciously. Ninety-five percent of them happen through instant bias based on a memory that’s in your head. When bias gets into the way, then you have to examine that.