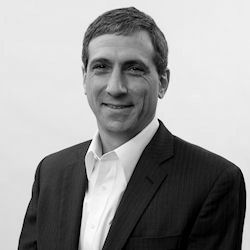 Ad agencies are engaged in a wrenching transition, driven by technological change. The very underpinnings of the agency business are shifting, as the business confronts a variety and challenges in digital media. Digiday is embarking on a series of video interviews with agency leaders to discuss how the modern agency is built. There’s little doubt there is not an easy blueprint for the “agency of the future.” There will be new agencies, evolved “traditional agencies,” and even new hybrid marketing companies that are part agency, part tech and part media.

The series is made possible through the sponsorship of Videology, the video advertising platform until recently known as TidalTV. To introduce the series, I sat down with Videology CEO Scott Ferber to get his view on how technology is shifting the agency’s role. Ferber, who founded Advertising.com and sold it to AOL for $435 million in 2004, believes that agencies will evolve to become technology enablers, stitching together pieces of tech created by others. He’s mostly down on the idea of agencies owning technology. See the full interview below.