What makes a good ad stunt, compared to a bad ad stunt 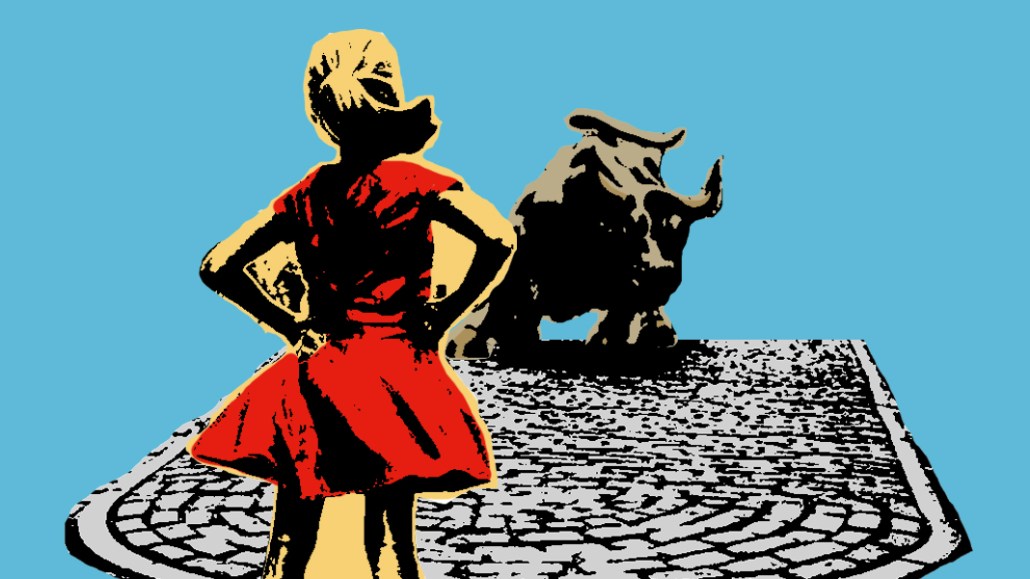 And what a great big stupid waste of milk (assuming Oreo actually filled that many cups with milk)! The stunt certainly wasn’t a “challenge,” and the “dunk” moment in the video was obviously not real. So yes: inept, fake and immediately forgettable. At least Oreo hasn’t deleted all the negative comments on the video’s YouTube page.

There have been very few good ad stunts in the last 10 years. But what all the good ones had in common is that they were very simple and they featured what Advertising Hall of Fame copywriter Luke Sullivan (Fallon McElligott, The Martin Agency) calls creative “tension.” For example: this Kit Kat billboard via the U.K. and this subway installation for Apolosophy hair products via Sweden.

Last Tuesday, ahead of International Women’s Day, investment company State Street Global Advisors — via their agency McCann New York — erected a “Fearless Girl” statue (with a plaque promoting State Street) opposite Wall Street’s “Charging Bull” statue. Since then, the installation has received massive media coverage locally, nationally and internationally. Tourists and locals continue to create a near-constant crowd around the “Girl.” The Mayor’s Office has extended McCann’s permit for the sculpture until April 2, and a petition is in the works to make her a permanent fixture, a permanent ad for State Street. Amazing.

State Street says the Girl is meant to symbolize the power of women in leadership. They also say it’s part of a bigger campaign communicating that companies with women in top positions perform better. The campaign also calls on the companies that State Street invests in to increase the number of women on their corporate boards (never mind that State Street’s “leadership team” is only about 18 percent female).

Predictably, not everybody is happy with the ambient ad. Ginger Adam Otis of the Daily News says the statue should be an adult woman.

Which brings us to the “tension” of the installation. The tension of a 9-year-old girl facing off against a big charging bull is what got the ad (and its campaign message) millions of dollars of free PR. A grown woman would not have done anywhere near as well. Also, an asshole 20-something male Wall Street turd probably would not have humped an adult woman sculpture like this guy did — or, who are we kidding, he definitely would have, but it would have been not quite as egregiously awful. The asshole has actually created more tension, making the ad even more powerful. Maybe he was a State Street employee? Nah. But… Nah.

That’s the creative lesson for this week. Be simple, be dramatic, create tension and don’t be afraid to borrow liberally from/ riff off of other people’s work. (“Charging Bull” was illegally erected in 1989 by artist Arturo Di Modica.)