Look out ‘Serial’: Agencies take a crack at podcasts 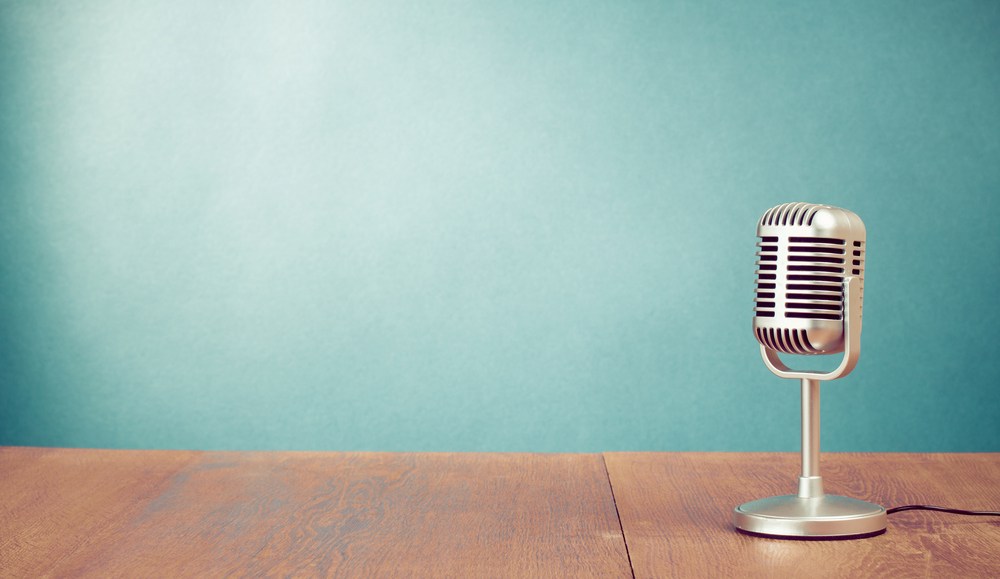 Agencies are getting in on the podcast game. TBWA has unveiled its own series, while R/GA is in the production stage. Huge’s content strategy team is also brainstorming on one of their own.

And while it would be tempting to blame the success of “Serial,” nearly 13 million Americans reported listening to podcasts daily last year — before the serialized whodunit became a sensation. The same report, by Edison Reasearch, found that more than 39 million listen to at least one a month.

These days it seems like just about everyone – from fashionistas, love gurus and tech moguls – is dabbling in these short-form episodic audio series. While the rest of the ad industry plays catch-up, here is a look at a few current podcasts by agencies and independent creatives:

“Don’t Get Me Started”
Hosted by Dan Balser, the advertising department head at Atlanta’s The Creative Circus ad school, “Don’t Get Me Started” has been up and running since 2007. A grand-daddy of the genre, the 30-minute twice-monthly show is a long-form interview program not exclusively focused on the industry – it is a tête-à-tête with an industry insider tracing the person’s journey, successes and failures in a lighthearted tone.

“I have always envisioned it as how a person would feel if they were eavesdropping on two advertising professionals discussing their decisions over beer,” said Balser, who has interviewed everyone from Ted Royers of Droga5 to Dan Wieden of Wieden+Kennedy. “The beauty of it is that advertising people are mostly pretty social, so it flows very well.”

Each episode is downloaded about 1,200 times on average, according to Balser, with the top five episodes closer to 10,000 each. Balser has recorded more than 190 episodes so far and is found on his personal website, the school’s website as well as on iTunes.

“Not Even Beta”
TBWA kickstarted its podcasting experiment at CES earlier this month, as a way to keep track of the trade show’s insanity. “Not Even Beta” is TBWA’s podcast focuses on digital advertising, technology and innovation, hosted by Juuso Myllyrinne, its global strategy director, and Luke Eid, its global director of innovation. The show is targeted at its clients, marketing enthusiasts and especially at TBWA’s 12,000 employees spread across its 300 offices around the globe. The show has uploaded five episodes to Soundcloud so far, focusing on topics ranging from health and wearable technology to the automotive sector, among others.

“Radio is capable of eliciting the best pictures in people’s minds, is a fun medium, under-utilized and easy to produce,” said Myllyrinne. “I hope to keep highlighting the talent in our industry, and the changes they bring about.”

“Everything is Marketing”
Michigan-based media company mLive Media launched its first podcast just last week. “Everything is Marketing” is a 15-minute daily podcast, designed to get enthusiasts thinking about marketing as they start their day. It deconstructs current trends in the industry not just for big business but also the small ones that might find them intimidating and have trouble in translating them into actionable campaigns.

“Podcasting works because it consists of niche topics that only interested people consume,” Eric Hultgren, its host and mLive Media’s marketing director said. “Its essence is the same as social media, in that it gives the people the power to choose,” he said.

The podcast has had five episodes so far and received good feedback on social media, according to Hultgren.

R/GA’s yet-to-be-named podcast
Chapin Clark is the voice behind R/GA’s quick-witted Twitter feed. Now the managing director of copywriting at R/GA is also helping build its upcoming monthly podcast. The first episode in the agency’s yet-to-be-titled show will be recorded this week, with the release slated for March. The series is being developed as an extension of “FutureVision,” a quarterly print newsletter and digital magazine which offers in-depth trend briefs, breaking news and inspiration from the best in digital marketing, social tools and mobile technologies.

“It’s important to demonstrate to our clients and the marketplace that we understand the broader cultural trends that are shaping technology and business,” Clark said. “We will focus on both trends and people with a smart and tongue-in-cheek tone.”