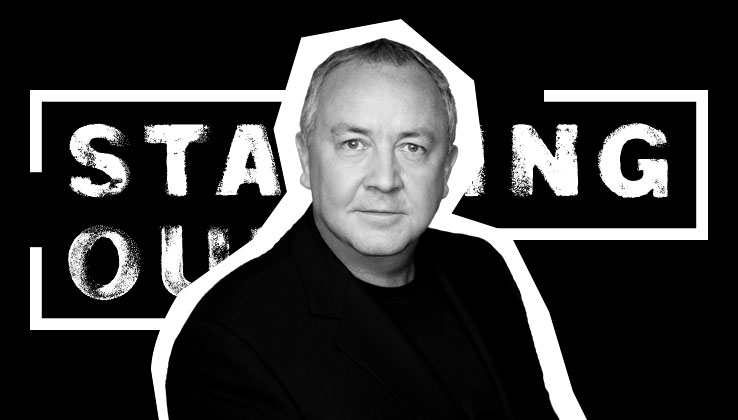 Mark Tutssel is the executive chairman at Leo Burnett. Early on, he learned to watch people to understand them and the value of their attention. On this episode of Starting Out, Tutssel talks about the cruel yet kind decision of an agency executive in Bristol, England, that led him to London and a lesson he learned in a cab.

I took a summer vacation job where I was a lifeguard for eight years. You spend your time with the purpose of protecting people, but you spend a lot of time watching people. I got fascinated by people and their behavior. It was hysterical to watch — how a family congregates, a couple’s first date, the guys who want to show off and such.

My cousin was a designer in London. I went to London, and I thought I wanted to be a designer. My cousin introduced me to his friends and people in the industry. One day, we were having drinks with him and a few other people, and I was introduced to a friend of his who was an art director at JWT, and he worked on the Kit Kat account. He invited me over to look at the world of advertising. I went in, and I realized this is what I wanted to do.

I went to art college after that. There was a competition for placement at an agency under Saatchi & Saatchi in Bristol. I applied, and I won. So I moved to Bristol, and put my heart and soul into it. Then, we won the biggest account in 10 years, and it was my work. They offered me a job. This person came to me and said, “Close the door. You’re not going to take the job here. If you want to be in this business, you need to go to London. I will do everything in my power to make sure you’re not going to get this job. I am going to be cruel to be kind. It’s easy and comfortable to stay here.” At the time, I thought it was strange, but it was incredibly kind. I had no idea the opportunities and the array of accounts to work on in London.

Very early in my career, we had won [an industry award]. We were in a black cab going home, and we were sitting in the back clutching our awards. The taxi driver looked in the mirror [and asked], “What’s the game you boys in?” We said we’re in advertising. “Oh, advertising, yeah. Give us punters something to look at, I suppose?” That’s the first time it dawned upon me that we have no divine right to people’s attention. People are not interested in what we do. We intrude in their lives, and we have a duty to reward them for the time they spend with us.

I believe in creativity without borders. I remember going to Chicago for the very first time, and someone knocked on my door. They asked, “If I have an idea, can I show it to you?” I said, “Of course — you’re a writer; I’m the director.” He goes, “Wow, that’s amazing. There’s a hierarchy.” And I said, “No, that’s gone.” I love to see ideas and let people shine.

When I was in school, we played sports. We were stronger together. If you apply this to the job, it’s about curation, collaboration. You pick the right players for the right positions. When I first started, my philosophy was to lead by example. I’m not a manager. I’m more of a player-coach. I need to work, create work, influence clients, etc. That team mentality came from sports. I don’t care what level you are. Everyone is capable of having an idea.