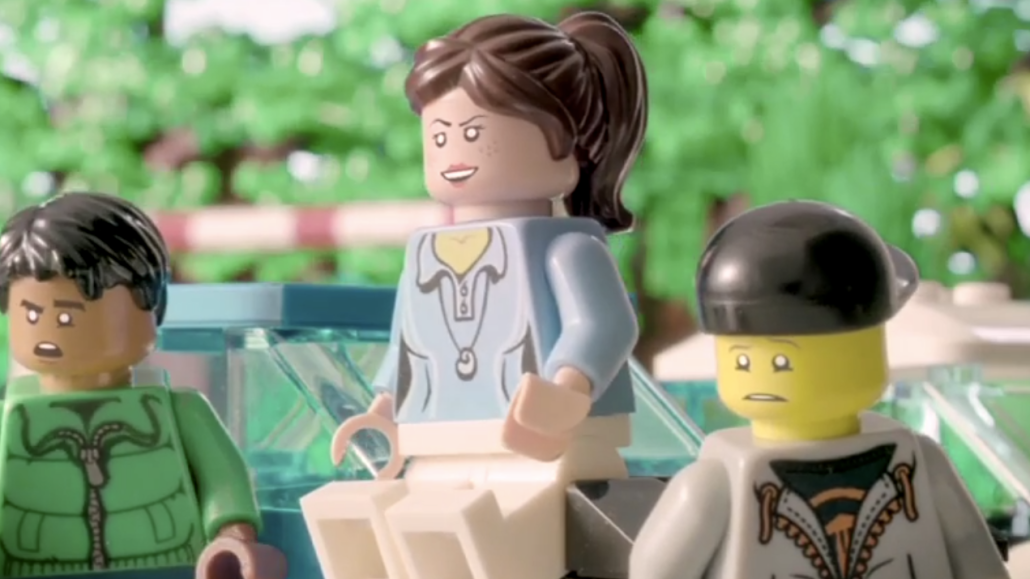 What do you call an ad for a thing that is essentially itself an advertisement? As you ponder that koan, consider this: The two-hour native ad that is “The Lego Movie” is out in theaters, and the toy company really wants to make sure you know about it.

The movie opened to decent reviews and considerable box office success last weekend, pulling in $69.1 million. In the last seven days, “The Lego Movie” has received more than 276,000 mentions on Twitter, according to social tracking site Topsy. Considering the voice stars include Chris Pratt, Will Ferrell, Elizabeth Banks, Will Arnett, Liam Neeson and Morgan Freeman, plus all of that sweet Lego nostalgia, it isn’t hard to believe.

Still despite being a film that essentially markets itself, Lego’s flogging of its movie is reaching “Anchorman 2” levels of saturation. Digiday has gathered some of the more notable examples of the brand working its magic.

The indie soundtrack hit by Tegan and Sara has more than 150,000 plays on SoundCloud and is virtually inescapable on the radio, in stores, in your dreams:

The Discovery Museum and Planetarium in Times Square has an entire exhibit devoted to the toy, which opened on Feb. 4, called, “The Art of The Brick”:

On its website, the brand allows you to play a Lego game, create your own Lego avatar and even put yourself into the movie.

This week, the brand is also enjoying a bit of organic buzz around a resurfaced Lego ad from 1981 that has been making the rounds today — and triggering a much more interesting debate about the portrayal of gender roles in advertising.