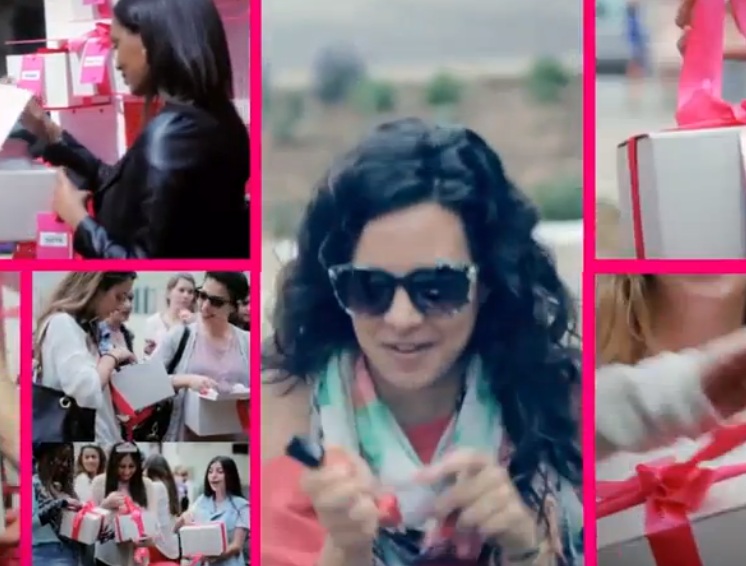 Kotex has given a new meaning to “Pin it to win it” with its latest experiential campaign, which brings Pinterest into the real world.

The feminine-care brand, with the help of Tel Aviv-based boutique agency Smoyz, created a real-life Pinterest board/store in the streets of Tel-Aviv. The display was made up of a wall of mystery boxes with different sentences on them, like, “When was the last time you tried something new?” Women were invited to pick the box with the sentence that inspired them. They then had to take a picture of the box and pin it to Pinterest. Then the women could open their boxes and see what prizes were inside. Boxes contained things like cupcakes, nail polishes and, of course, Kotex products. The women then pinned and shared the images of their prizes on Facebook and Instagram.

This isn’t the first time a brand in Israel has tried to bring social media to life. Agency Publicis e-dologic brought Facebook to life at Coca-Cola Village in Israel by creating real-life like buttons.

Some brands, like L.L. Bean and Nordstrom, are doing better than others on Pinterest, but for the most part, lots of brands don’t fully understand how to best use the social image-organizing site. According to Kotex, a total of 150 Kotex prize boxes were given out that day, which created nearly 7,000 social media interactions. The video of the event has gotten over 41,000 views on Youtube. While these numbers aren’t astonishing, this is definitely a new way to think about “Pin it to win it” contests. As Pinterest now accounts for 25 percent of retail referral traffic, according to Rich Relevance, it’s definitely worthwhile for brands to figure out how to take advantage of Pinterest.