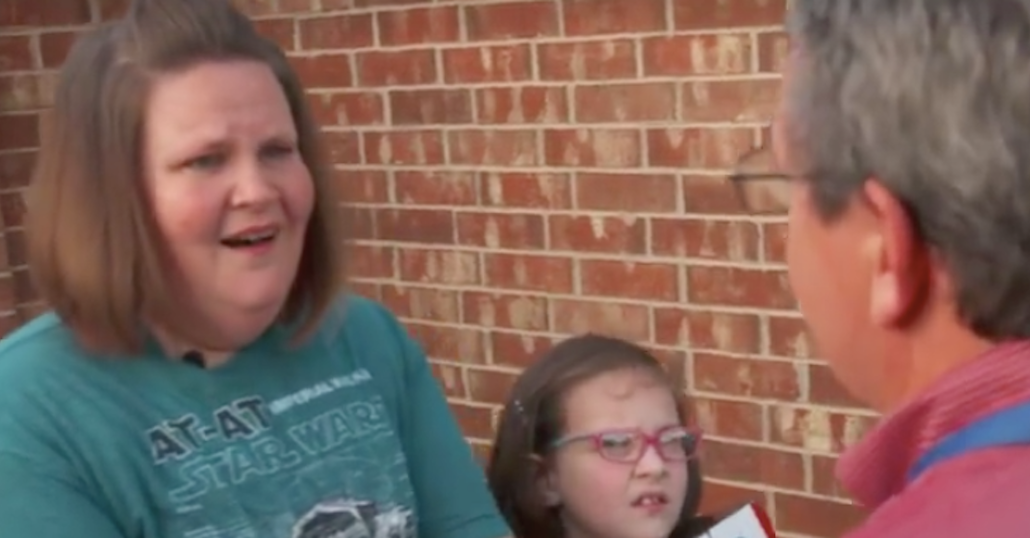 In a parking lot far, far away, Candace Payne became an unlikely viral sensation on Facebook after her giddy video trying on a Chewbacca mask while sitting outside of a Kohl’s store became an instant internet sensation.

Payne, a 37-year-old mother of two, posted the video on Friday to Facebook Live. It has since racked up 135 million views, making it the most-watched live video on the fledgling feature, easily eclipsing BuzzFeed’s watermelon-exploding video. It earned her the nickname “Chewbacca Mom” and tons of support from people for her uplifting moment of joy.

Since Payne is a suburban mom with a relatable personality, digitally savvy Kohl’s tapped into the viral moment by making a video of its own in an attempt to squeeze out more marketing mojo.

“This was the perfect opportunity to really deliver on the brand’s social mission and create a fun and meaningful experience for Candace’s entire family,” Kurt Jaskowiak, the creative director of Huge, told Digiday. “It was incredible to see Kohl’s move mountains to make this happen so quickly. To see the internet rejoice at this scale has truly been humbling for everyone.”

Representatives from Kohl’s met up with Payne at her house on Saturday, where they gave her a bunch of free Star Wars toys, more Chewbacca masks and $2,500 worth of Kohl’s gift cards. Kohl’s, further reveling in the good publicity, recorded the moment and uploaded it to Facebook, where it collected 30 million views and 483,000 shares.

Candace didn’t want to share her Chewbacca mask. So we showed up to make sure she didn’t have to! #AllTheGoodStuffhttps://t.co/8gvLaj9VeF

“Kohls you guys sure did the right thing to come out and treat her and her family!!,” reads a top-voted comment on Facebook. “Wow!! Way to go Kohl’s!!! I don’t really shop there but I’m guessing I will have to give you another look!!,” reads another.

Kohl’s tactics are working in its favor: Digital engagement surrounding the retailer spiked 101 percent over the weekend compared to a week earlier, according to data from Amobee Brand Intelligence.

The goodwill also gave a little boost to Kohl’s bottom line, as the $30 mask sold out following an “overwhelming” demand. The video is having a halo effect on other retailers. Searches for the Amazon mask shot up 1,350,000 percent on Amazon, selling for as much as $200 and it’s also sold out on the Walmart and Toys R Us websites.