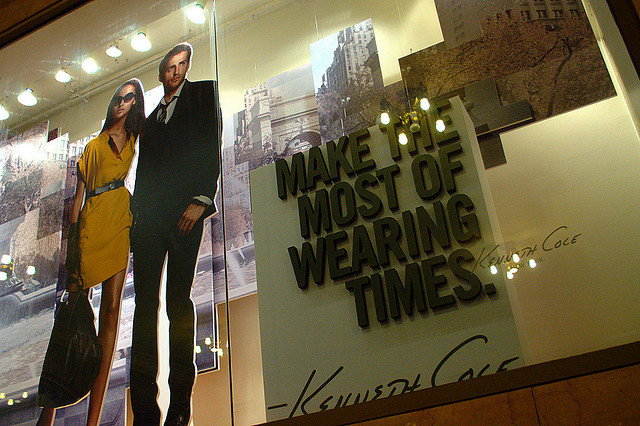 Kenneth Cole sure loves mixing touchy subjects and social media. Today the shoe peddler wrote an incredibly tone-deaf tweet using the war in Syria as a way to sell his kicks:

“Boots on the ground” or not, let’s not forget about sandals, pumps and loafers. #Footwear

Lest we forget, this is coming from the same man who in the past has used buzz about protests in Cairo and gun control laws as Twitter fodder to promote his footwear. It’s unclear at this point if Cole is just doing this for shock value and buzz, as one Twitter commenter noted, or if Cole really is this clueless. It’s also hard to tell which would be worse.