Joke’s on you: Brands play the fool for April 1

April Fool’s Day arrived early this year. March hadn’t even had the chance to go out like a lamb before brands decided to play the fool in a predictable (and often painful) pursuit of viral gold Tuesday.

Some brands — notably Google — take the silly day seriously. As far back as 2000, the search giant was already at it with its so-called “MentalPlex,” which invited users to stare at a GIF while mentally projecting what they wanted and then click the image to bring their vision to life. Other brands, like Mailjet, are rookies, out with a first attempt.

Here are a few brands early on the action this year.

Love Audi cars but can’t afford one? The German automaker today unveiled its “Audi Autonomous Chair,” fully equipped with the latest piloted driving technology and other features like biometric sensors and cutting-edge collision avoidance technology, all designed to take the drudgery and effort out of getting around the office.

Want to redeem that awesome groupon you bought but don’t want to put in the effort of ordering an Uber? Groupon’s got you covered. Grøüber combines Uber and cats — the Internet’s two favorite things — to allow customers request a laser-guided cat-driven car to take them to redeem their Groupon deal. We just hope Toonces isn’t on duty when we order ours.

Reebok has always celebrated the athletes who pour their blood, sweat and tears into their workouts. Now the brand is taking it a step further with a new signature fragrance: “Swět,” a distinctive blend of human sweat gathered from actual drops of perspiration of fitness enthusiasts throughout the company. Can you smell the fitness? 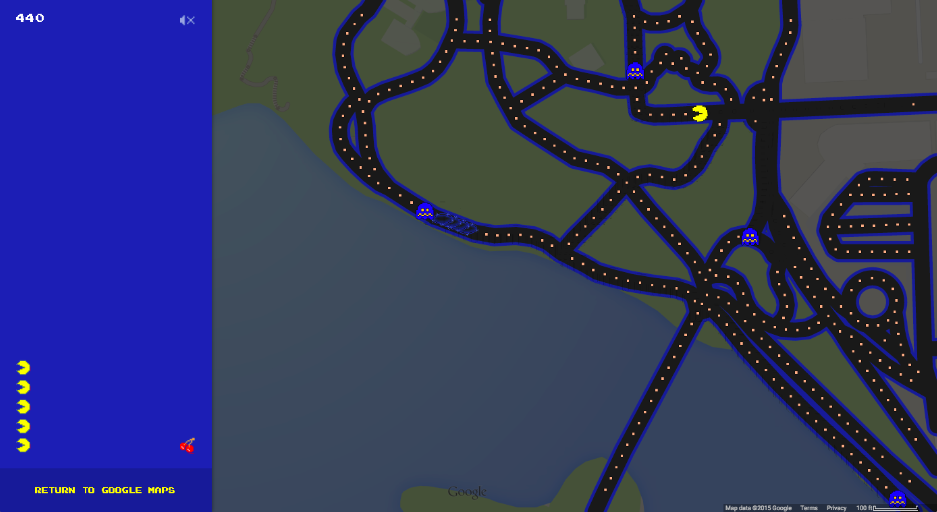 On March 31, Google quietly enabled a feature of its maps that lets users turn the neighborhood of their choice into a playable Pac Man game. This isn’t the first time Google got playful for April Fools’ Day by bringing a childhood game to life. Last year, it lets its users catch Pokémon on its Maps.

The selfie craze appears to be here to stay, sadly, and Honda is having a little fun at selfie takers’ expense. The automaker has created a parody video that gently mocks millennials to introduce the new Honda HR-V, a model launching this summer that is geared especially toward 18- to 34-year-olds. The video features self-proclaimed selfie fanatic Ashley H., who sings the praises the car’s 10 selfie cameras. Drivers are also encouraged to connect their smartphones via HondaLink to take selfies and upload them directly to social media. Because tweeting while driving is a fantastic idea, or something.

Early April Fools efforts have jumped across the pond. In an effort to combat the onslaught of buzzword-laden emails that marketers receive on a daily basis, French email service provider Mailjet built this tongue-in-cheek plugin as a prank. The tool, which is called Decodrr claims to scan emails, highlight the buzzwords and allow the user to hover over the word for a simple, visual explanation. It is housed on a microsite that the company built. Above the term “early adopters,” for instance, an animated baby with a pacifier in his mouth sprouts up and offers the following explanation: “I sign up early for every app so I can get the username I want.”

As a part of its April Fools prank, non-profit Kars4Kids is  promoting its new app, Beep Off, which is a productive way for commuters to channel road rage. Is the driver ahead of you driving you nuts? Snap a photo of their license plate and donate their car to Kars4kids through their app. Jokes aside, the campaign is kicking off an initiative designed to educate drivers on how to keep things safe on the road.

NatureBox wants its users to satisfy their deepest cravings through a 3D Snack Printer. The April Fools joke from the direct to-consumer food company will be unveiled on April 1, when it announces “SNAX 2.0” technology.

Travel portal Jetsetter is offering tours of the world’s first virtual reality hotel, which comes complete with an immersive spa, culinary and nightlife experience. Jetsetter has created a microsite that recreates the virtual experience, curating its best features. Guests can experience virtual spa treatments in overwater bungalows, chat up other guests over artisanal cocktails in the e-bar and plan adventure experiences here if they so wish.