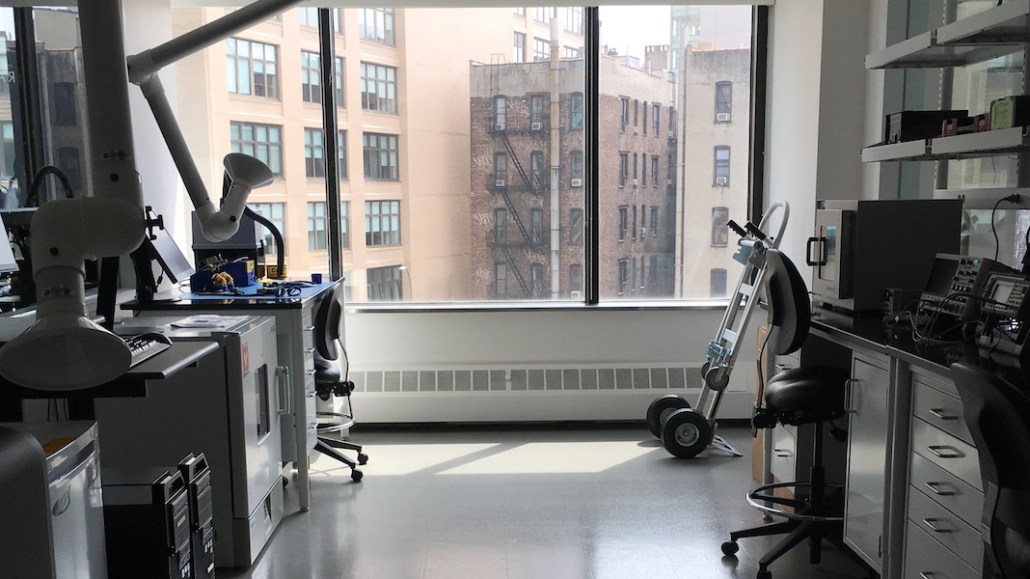 Johnson & Johnson is using a network of incubators in 11 cities to position itself as an innovative brand in pharmaceuticals, medical devices and in the consumer products area.

For a company like Johnson & Johnson, finding talent with expertise in technologies like data analytics, blockchain and connected devices is a big concern. As new pharmaceutical innovation is coming from startups, rather than large brands — recent research indicates that 63 percent of new prescription drug approvals come from startups — incubators are a way for large companies like Johnson & Johnson to tap into that talent. The incubator helps the company scout out new companies it wants to work with, and even find new employees.

Kate Merton, who heads up JLABS @ NYC, said that getting to know the entrepreneurs makes it easier to vet future partners, even if it doesn’t lead to an acquisition.

Incubators are a popular way for large brands to bring in talent and to change the culture of  larger companies that are often slow to evolve. Other pharma companies like Sanofi and Merck host startup incubators, and other large consumer-facing companies like Pepsi, Heineken, McDonald’s and Unilever all offer startups opportunities to pitch ideas. For many, it’s also the idea that having a different kind of mentality nearby will shake things up internally.

For Johnson & Johnson, company executives, or “JPALS” mentors, benefit from working with startups, because they bring agile thinking into the culture of a 131-year-old  large company, Merton said. The New York JLABS space is a 30,000-square-foot facility with exposed brick walls, office co-working spaces, flex rooms, shared lab space and a dedicated hall for events.

Beyond sourcing talent for future collaborations, incubators also serve an important corporate citizenship objective — by partnering with startups that are working to solve critical problems in health care, it positions large companies like Johnson & Johnson as forward-thinking companies that give back, especially important right now as every brand tries to appear “purpose-driven.”

“It’s really key especially in the health-care industry to be seen to be part of the change in the health care — big pharma partnering with startups is a way to kickstart that change,” said Chris Millsom, vp of digital strategy at GHG Greyhealth Group, who added that it lets large companies break away from rigid, bureaucratic ways of working.

Merton said the goal is to establish relationships with the portfolio companies, but it has invested in some 25 percent of the companies that have graduated from JLABS’s two-year program. The more than 400 companies that have been part of JLABS aren’t necessarily aligned with Johnson & Johnson’s activities, but they need to be based on credible science, address unmet medical needs and have a strong team, Merton said.

For Sean Seibel, chief experience officer at Envisagenics, one of JLABS’s resident companies based in New York, JLABS’s partnership lets his company navigate how to connect with a large brand through mentors. It also offers a marketing lift for a small company seeking funding. While JLABS connects startups with Johnson & Johnson’s corporate venture capital arm, JJDC,  JLABS brings local venture capital companies with interests in health care to hold speed-networking sessions with companies.

“VC office hours are like speed dating,” Seibel said. “But you have to be careful not to take any investor; they have to have knowledge of your domain.”

Johnson & Johnson hasn’t wholly acquired any of the startups, but some have been bought by other major players in the health-care and pharma world, including Padlock Therapeutics, which was acquired by Bristol-Myers Squibb for $600 million, Silicon Biosystems, acquired by Italy’s Menarini Group, and Tem Systems, which was purchased by Instrumentation Laboratory.