J&J: Brands Need to be Do-Gooders 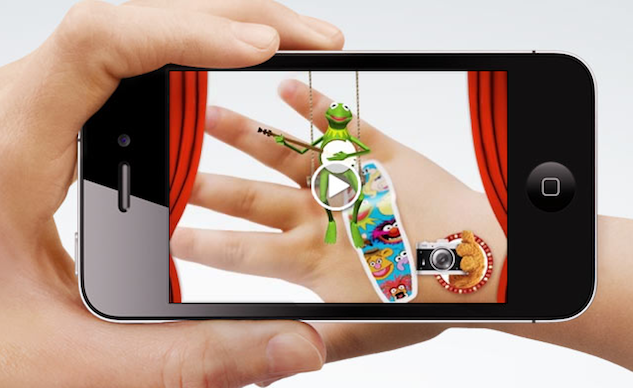 It is noted ad nauseum that this is the age of transparency, but that means brands need to look beyond the bottom line, according to Johnson & Johnson CMO Kim Kadlec.

In the old days, the only numbers that mattered were short-term sales goals. That’s no longer the case, Kadlec told attendees at the ANA Master of Marketing Conference in Orlando, Fla. Consumer are more discerning and expect — even demand — that brands do more than just provide good products.

“We’ve embraced the marketing of now: Making a difference and solving problems for people,” Kadlec said.

Recently, the company launched a new initiative dubbed, “J&J Health.” A YouTube channel was created and housed videos, like one that was made with Andre James, a man from Birmingham, Ala., who was diagnosed with HIV in 2011. J&J asked him to submit short skits of himself about how he dealt with getting the news and how he is dealing now. The point, according to Kadlec, is to show people they don’t need to feel like they are on this journey alone. J&J wants them to know it’s here for them. More than 100,000 people viewed the video in 48 hours.

Ortho Clinical Diagnostics, a J&J blood bank, recently did a campaign to raise awareness about how blood banks touch people’s lives. The point was to communicate that giving and receiving blood is a big deal and that bankers are the keepers of this trust. J&J used photos and videos of patients getting and giving blood in posters, online video, a mobile app and in social media. Sales were impacted, per Kadlec, with a 57 percent increase in instruments sold because of this campaign.

The moves fit within the overall trend of brands going beyond just messaging. That’s mostly a result of consumer empowerment through the Web and social media, which has made consumers not just wary of brands claims but has also provided the tools to verify them. The only recourse for brands is walk their talk.

That means not covering up inevitable screw-ups, Kadlec said. J&J’sOB tampon brand was out of stock in Canada and the company started to hear from customers online about it. The important thing, Kadlec said, is to make sure that you address your mistake. People are forgiving, more or less. So J&J created a music video apologizing. At the end, it offered viewers a coupon to get money off their next purchase of OB tampons. The video got 27 million unique views. The coupon was J&J’s way of doing good and it ultimately resolved the problem.

“You have to react right away,” Kadlec said.

Another example of J&J’s do good motto was around the diminishing amount of nurses in the U.S. J&J decided it was going to make moves to protect the future of nursing. Kadlec shared her own experience with her daughter Danielle, now 18, who was born unable to breath on her own. There was a nurse at the hospital that went over and beyond to protect Danielle and had even saved her life on several occasions.

Through social media, online ads and TV commercials, the company pulled at consumer heart strings and made them think about a time in their lives when they needed a nurse or a nurse was there to help them though something. This program raised awareness of this issue by 83 percent and J&J was able to raise $17 million dollars for nursing programs in the U.S. It was able to get 2 million people to the microsite built for nurses and people considering nursing as a profession. Nursing enrollment increased nationwide.

But brands don’t need to set out to save the world every time to do good. Take what J&J’s Band-Aid did with its virtual reality app, Magic Vision. We all know kids can get awfully dramatic when they get hurt. Band-Aid set out to do good and help parents through this process. The Magic Vision app lets users point the app at any of the six large bandages that Band-Aid created for this promotion. The Band-Aids feature The Muppets. The app is like a magical portal that puts The Muppets in the palm of your hand. They sing and dance and do all sorts of funny kid stuff. And the point was to help kids forget that they got hurt to begin with.