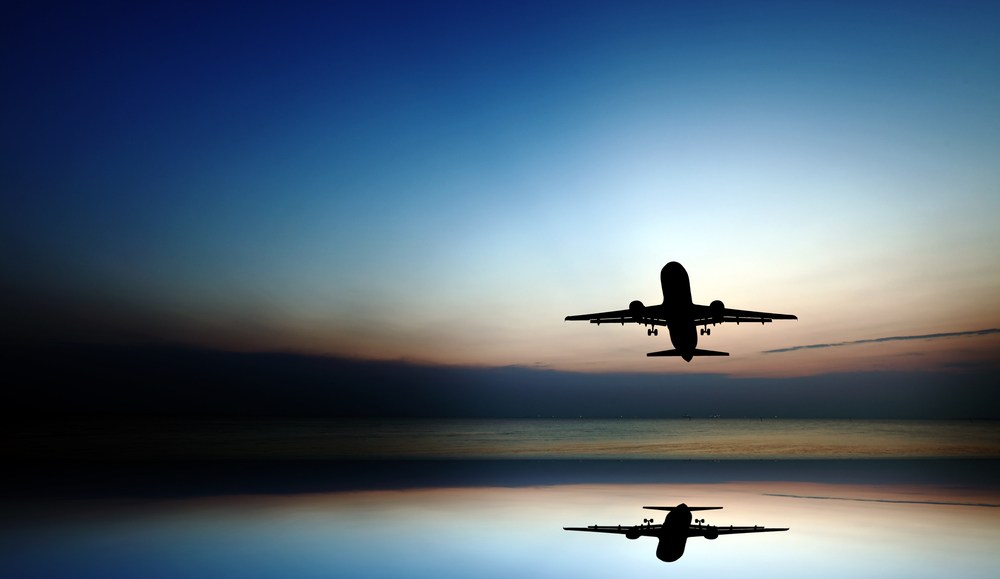 It turns out you aren’t going to cause the plane to crash because you’re fiddling with your iPhone during the first 10 minutes of a flight. So JetBlue and Delta want you Instagramming before you even taxi away from your gate.

After concluding months of research into whether or not electronic devices actually cause safety issues because of radio interference, the Federal Aviation Administration announced last Thursday that airlines will now be able to allow passengers to use electronic devices in airplane mode gate-to-gate – no more waiting until the plane reaches 10,000 feet before turning your device back on. It’s up to airlines to determine how and when to begin allowing electronics throughout flights, as long as they prove to the FAA that their planes can handle it safely. JetBlue and Delta are the first so far to allow the use of electronic devices for entire duration of flights.

And, naturally, they have been the first airlines to start marketing around the new rule.

Both airlines have adopted the hashtag #below10kfeet to encourage people to share their in-flight aerial pictures and as a way to make their customers aware of the new rules.

As Morgan Johnston, social media strategist at JetBlue, explained, it was very important to JetBlue to be one of the first airlines to actually implement the new electronic device rule and one of the first to talk about it. The airline started the hashtag campaign on Sunday.

“We actually have a social layer onto of our website called So Fly,which is a way for customers to submit photos for JetBlue to use on JetBlue properties,” explained Johnston.

“And since we launched that in spring of 2013, we saw a number of customers taking photos that were clearly below 10,000 feet — while we appreciated their enthusiasm, that was technically illegal. Now it’s great for us that we can change our policy to actually allow that — we know that these are photos people actually want to take, and we want to seem them.”

According to Johnston, he’s seen a few people starting to use the hashtag on Instagram, too.

Delta is taking the hashtag one step further and turning it into a photo contest for a chance to win two free first-class tickets. Delta also created an announcement video about the new electronics policy that remakes the viral video hit “Lily’s Disneyland Surprise!” into “Lily’s Delta Surprise.” The video has more than 790,000 view so far — not too shabby for a branded video.

“Our customers have been asking to be able to keep their devices on, so when we knew an announcement was imminent, we made plans for getting the word out in a fun way,” explained Betsy Talton, a Delta spokesperson. “The viral video ‘Lily’s Surprise’ immediately came to mind, so we reached out to her family to ask permission to use the video to show our own customers’ excitement, and the hashtag #Below10kFeet is a great way for our community to share and collate their comments and experiences.” 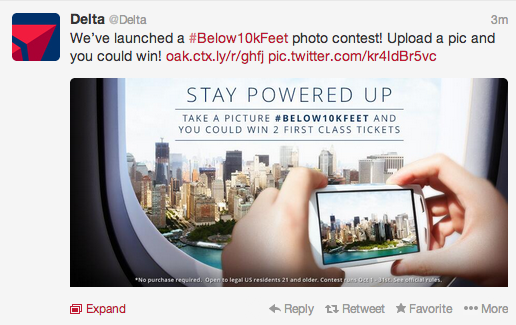 But why let the airlines have all the fun? Amazon also got in on the FAA action by announcing a special Kindle promotion in honor of the new electronic-device rule. For one day only (Nov. 4), Amazon offered 15 percent off Kindle readers (excluding the Kindle Paperwhite). To get the discount, customers just had to enter “ThnksFAA” at checkout.

So get ready to see more Kindles on your next flight and more photos of an airplane wing and some kind of city landscape popping up in your Instagram feed. Because, Lord forbid, we have to power down for more than 20 minutes at a time.