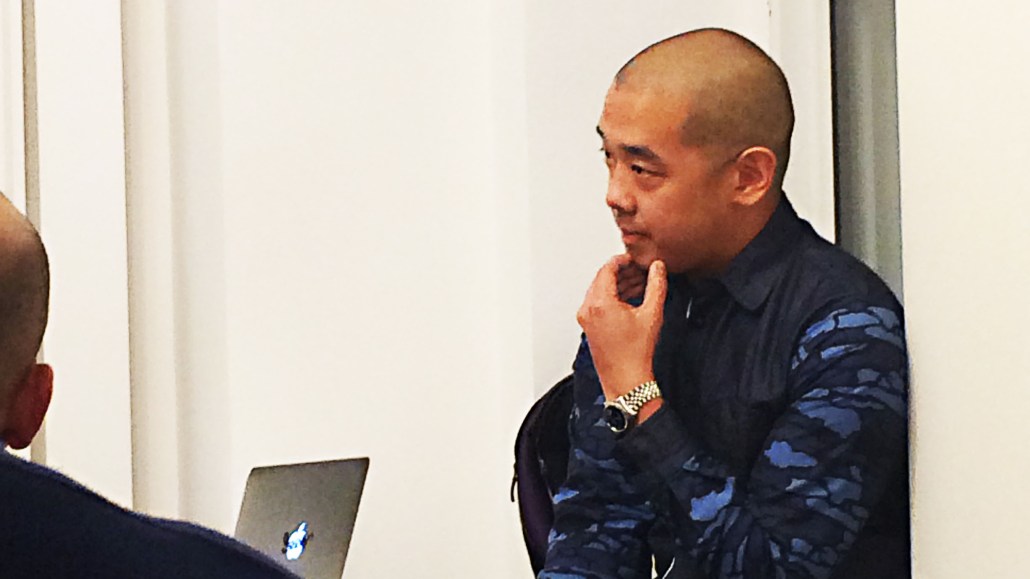 Jeff Ng, known in the agency world as Jeffstaple, is a modern creative. He runs a creative consulting firm (Staple Design), his own brand (Staple Pigeon), and a popular retail space on Manhattan’s Lower East Side (Reed Space). Phew. But wait, there’s more: He’s worked with major brands like Nike, Microsoft and LVMH.

You’d think he plotted all this out far in advance. You’d be wrong. In fact, the 30-something Ng believes there’s no direct path to success; rather, it comes out of happenstance and trying things out.

Digiday recently spoke to Ng about his hybrid businesses, digital retail and why young creative people need to be wary of “overnight success.”

Was it this “independent creative” idea that lead into you owning a hybrid agency, brand and retail store?
Technically, I was a fashion brand first. But as my t-shirts became more popular, I started to do other people’s designs, which grew into the agency. When there’s a client, you have to inject your creativity but also fulfill what needs to be done on the job. I love that struggle. It’s not as liberating as one would think to sit in a room and think, “I can do whatever the fuck I want!” So that’s where I started — a brand, then a design studio, and then five years later, I opened the retail store. But it was a weird retail store when it opened in 2002.

Who do you think is doing digital retail well?
I’m a big fan of Fab. With online retail, there are two routes. One is the Amazon route — you have to have everything in the world. You can’t argue with cheap prices and getting it the next day for free. But I really like the concept of Fab. There’s a curator for stuff. You know the bag company Herschel bags? They’re huge now. They’re in every store. But in my mind, they’re still a cool brand, so we carry them. Every month, we have a sales meeting, and every month, someone says, “Herschel is still selling!” and I still cannot believe that. You can go to Urban Outfitters and get a Herschel. Why would a guy come to Reed Space? In my mind, that’s the route of curation.

You’ve worked with Nike and all these other big brands. Is there anything difficult about working with a big brand?
Some companies are trusting; they choose to work with a partner, and they’re like, “We trust everything you do as long as no one gets killed.” Some companies say they want to do cool shit, but they’re actually scared shitless. They’re like, “Don’t do anything unless we get approved by legal.” I tell some of these companies sometimes, “Let me explain. If you understood what we were trying to do, we wouldn’t be doing our jobs. You’re like a 60-year-old dude with four kids, and you drive a Volvo. If I do something you think is cool, I’ve failed.” And then they go, “Oh, yeah. You’re right.”

Any advice for young creatives?
Young creatives have to really understand the concept of time. I’ve been doing design for 18 years. My retail store has been open for 11 years. Success, in whatever form, takes time. A lot of young people that I talk to, maybe because they grew up on the Internet, are stuck with the idea that if you post a YouTube video and it doesn’t get a million likes, it sucks. If you love the process, it shouldn’t matter how long it takes. If you love what you do every day, I would want it to take longer, because then you can continue to do it every day.