Jeff Benjamin is Not Just a Mad Scientist 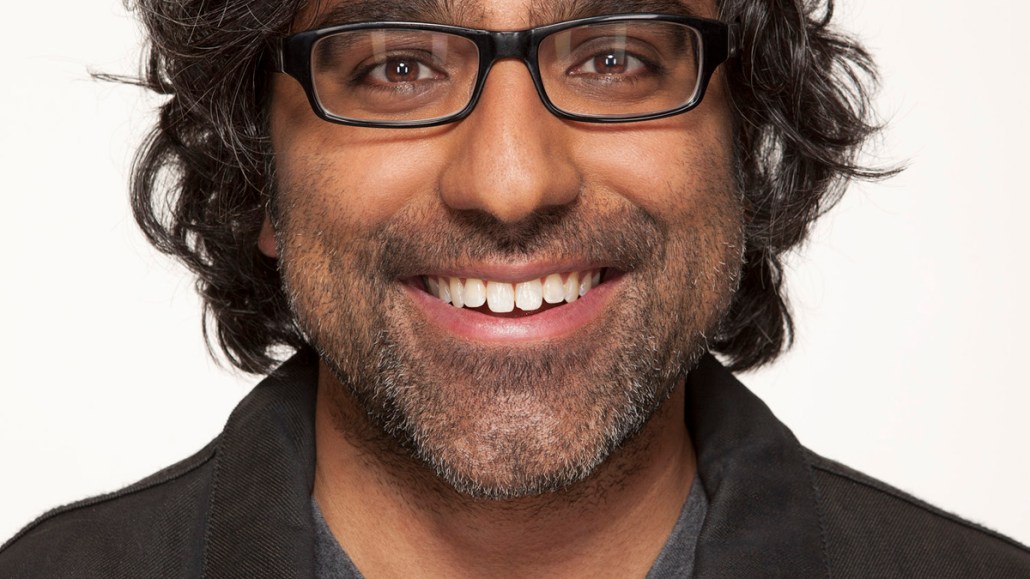 Jeff Benjamin is leaving Crispin Porter + Bogusky to become chief creative officer for JWT North America. At Crispin, Benjamin rose to prominence as the leader of the team that developed “Subservient Chicken” for Burger King back in 2004. Benjamin went on to become CP+B’s digital creative leader during its heyday and was named chief creative officer there in March 2010. He’s now crossing over to lead creative efforts both online and offline at JWT, an advertising agency that dates its heritage back to 1864. Benjamin spoke to Digiday about why he made the switch, the advantages of big agencies and why he has no interest in being cast as the mad scientist digital guy.

What attracted you to an agency like JWT?
There were a few things. The first is I’d been at Crispin a long time. You can’t help but be at a place for a while and wonder, can i do more, is there a bigger destiny and can I at 36 reinvent myself? I was successful at digital and inspiring other work. But here, it’s the notion of being charged with everything. It’s a scary one, but a good one. That challenge was very inspiring. It’s one you can’t do alone. You need a team that trusts and believes in each other. Very randomly JWT came along. It was a set of slow conversations. I got to know them as friends and then as potential colleagues. I saw that they believe they could do great things. The more time I spent with them, the more I thought we could do it together.

What’s the advantage of a big agency? It would seem harder to affect change.
The scale JWT offers is exciting. They have a lot of people who can do different things. Their global scale is intriguing. They’re ready to do something great. There are a lot of big places that just want to be big. There’s sense they think the destiny of the agency is something much bigger and they feel like they can achieve that. They want to do something bold. I’m confident they can. Look at the recent work for Microsoft and Jetblue. That showed me JWT can be something different. They can embrace the times and be innovative and do great work for clients. While it’s the first ad agency, it has a long list of firsts. It has strived to reinvent itself over time. It invented the grilled cheese sandwich, it hired the first female creative director. That’s why the soul of this place has always been about invention. It’s in the DNA.

You were talking at Crispin about getting into product development. Can ad agencies do that?
I think they have to. The advertising agencies and work that are successful require a better partnership with clients so you’re getting much closer with the product. You have to be thinking about the product and how it can stand out and tell advertising stories. As an agency you have to be thinking that way. All clients aren’t going to do it. There’s a place for it. What was interesting about this role is I wasn’t hired to be the mad scientist invention dude. This role is about inspiring stories that come from invention. It can be from media, a 30-second spot or a 60-second spot. That’s why it was pretty intriguing to me.

What do you think will be the difference being a chief creative officer who is coming out of digital?
In order to be successful in the digital space, your digital idea has to have a big idea. If it doesn’t, people ignore it. There’s a much higher bar. That’s going to help me when it comes time to looking at TV or outdoor. When I’m working on interactive, I have to have a big idea and make it matter to people and make them do something. If you’re good at interactive you’re good at making people do things. Our industry has a lot of people who just write a story and don’t care if people do something. That’s where it’s a little bit different. The way we work in digital is so collaborative. There’s so much teamwork. You’ve got producers, programmers, user-experience people. There’s that ability to bring a lot of people together. I compare it to an A Team locked in a garage. It’s always been an important part of doing digital work.

Do you think banner ads are savable as a creative format?
I think they’re a part of advertising. I don’t know if they’ll go away. I think sometimes we give up on them too soon, especially as creatives. I see a lot of creatives get a banner assignment and they psyche themselves out. There have been so many things done in that space when we said that space can be something that inspires us to do something great. You can have a lot of fun doing that. A lot of times we give up on them too soon when there are opportunities.