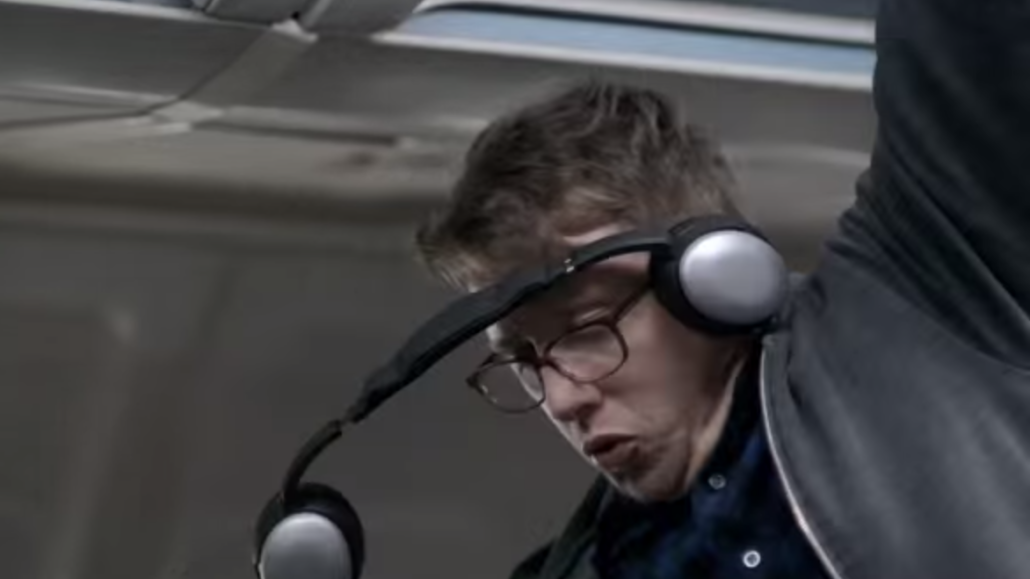 We’ve all had annoying, frustrating and downright comical stories involving entangled headphone wires. And now, JBL wants to bring them to life.

The audio electronics company has launched #cordfail, a campaign promoting its Bluetooth-enabled wireless Synchros headphones, that humorously highlights the pitfalls of traditional corded headphones. JBL is asking people to share their “most epic #CordFail stories” on Twitter and Vine, which it will then recreate and re-enact with “Vine-superstar” Logan Paul, who has 5.4 million followers on Vine. Paul will create original content — including some from user-generated ideas — and will share it on his Vine feed over the next several weeks.

“We realized that this is something that happens to people every day and that we can have a lot of fun with us,” Sean Kapoor, the vp of global marketing at Harman, JBL’s parent company, told Digiday. “We wanted to tell people the benefits of wireless headphones in a relatable, funny and humanizing way and it made sense to leverage a platform they were already on to tell their stories.”

People who have their chord tangle scenarios chosen will become finalists for a chance to win tickets to either the NBA All-Star Game, Coachella or the 2015 Grammy Awards. JBL will also award the new JBL Synchros E40BT or JBL Synchros Reflect BT headphones to 100 people who share their original and creative #CordFail stories.

“Offering a prize was just tying a bow around it, but the topic itself is something so relatable that people would engage with it anyway,” Kapoor said. He added that JBL was hoping for more brand awareness, increased engagement and conversions with the campaign.

The response to the campaign since it launched on Wednesday has been good, with Paul’s first Vine getting nearly 5 million loops, 79,000 likes, 32,000 re-vines and 1,203 comments in only a day. According to Topsy, the hashtag #cordfail is also gathering steam on Twitter, having been mentioned 508 times since Wednesday.

Brands have been tapping Vine influencers for just as long as Vine has had influencers. American Apparel, Levi’s and Unilever have already experimented. Even Lacoste launched a campaign recently on October 20, becoming the first French brand to tap an influencer, Zach King, to help showcase the content and features of its new e-commerce website.

Marco Hansell, CEO of Speakr (formerly twtMob,) a company that matches social influencers with relevant brands, said that he wasn’t at all surprised with the fast adoption rate of brands on Vine.

“The six-second Vine is so akin to the traditional TV commercial, that the value of it is already evident to brands,” Hansell said. “On top of that, the view rates are tremendous in very short periods of time, and they can also take the content and easily re-purpose it on other platforms like Twitter and Facebook.”

There will also be two tongue-in-cheek TV spots, created by JBL in-house, highlighting the annoyances of wired electronics.