‘I’ve never understood’: Parents of social media execs explain what their kids do

The rise of social media marketing has spawned a host of cryptic job titles, including ninjas, wizards and, of course, influencers.

But there’s nothing like your flesh and blood to cut through the jargon. We recently gave the parents of ad tech execs a crack at describing their kids’ jobs, with amusing results. Today, we ask the parents of social media executives to see whether they know what their own spawn do all day. 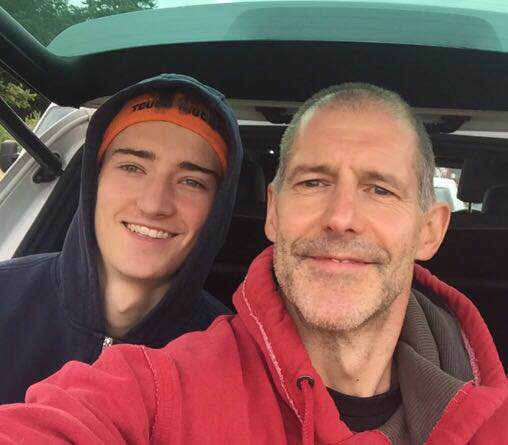 What Kieran’s dad Stuart says he does:
Basically, he gets up at about 9:30 a.m., eats breakfast whilst looking at his iPad, disappears into his “office” for 30 minutes, appears for a cup of green tea and more food, and repeats this throughout the day. Occasionally, he goes into the garden to do some keepy-ups or goes to London or Spain or Italy to do keepy-ups, and sometimes he meets famous people. Apparently he can earn money doing this!

What Nils’ mum Pernilla says he does:
Oh, I don’t know much! It has something to do with film and Snapchat. I’ve never used that, but it’s like Facebook, isn’t it? I think he helps brands to create films on Snapchat, and then they disappear from the internet, after a minute, or shorter? Maybe 30 seconds. I believe that what he is doing is at the forefront of … something. And he is very international because he travels a lot, including Dubai recently.

What Bronagh’s mum Kathleen says she does:
Bronagh essentially helps to manage talent in social media. She promotes the new generation of YouTube stars and not only advises but is responsible for the logistics of their media events, such as the recent promotional tour to Australia with Caspar Lee and Joe Suggs. We know that she has to work long hours and weekends, but are delighted that someone as assiduous, creative and artistic as Bronagh has found a career which suits her many talents.

What Amber’s dad Wayne says she does:
I’ve absolutely no idea what Amber does in her 18-hour working day. We have never actually seen her sleep. When I do manage to grab hold of her on FaceTime, she’s either in an airport or running to off to a meeting, and I just try and judge by the screen background if she’s in New York or London or some other far-flung place.

From what I understand, now that Amber has sold her online shop, she’s working in marketing and tech building her own agency and some sort of platform in social media. It’s very easy to get wrapped up in Amber’s enthusiasm and positive energy even if I don’t know what she means by “the democratization of influence.” She’s clearly tapped into something.

I’ve been on the receiving end of her wrath when she asks me to take a photo for her Instagram and it’s blurry, although to be fair I would now consider myself a bloody good photographer now I understand “angles.”

What Suky’s mum Judith says she does:
Will have a think. … Something to do with innovation or initiatives. Posh words for new ideas. … Trends? Targeting? But always sounds crap.

What Katie’s mum says she does:
It’s a running joke that I’ve never understood what Katie does. When she started working for Jamie Oliver, that was a name people knew. But she wasn’t a waitress, she was doing something with YouTube and food, so my understanding was very sketchy.

Now she’s started her own business and I’m very proud of her, but I can’t tell anyone what they do! They operate in a “niche” market, not sure what. It has to do with YouTube, again, and Facebook. She’s the commercial person, finding “talent” to to do something to promote their business. They also make videos that I always share on Facebook.

What Keith’s mum says he does:
He advertises on lots of site like Twitter, Instagram and the Facebook. He shows people pictures of what he sells and gives them information to call and find out more.

Anyway, he spends a lot of time on the phone or on his computer, speaking to people, answering questions on what they were looking for. But if there is no signal, then he can’t do his job.

What Marioly’s mum says she does:
My husband has always been interested in photography and in every trip we made he always carried his photography equipment. When Marioly started doing the same I thought it was just a hobby. She would arrive home with plates, glasses and homeware to make compositions in the kitchen.

When I discovered she had an Instagram account with many followers, I decided to download the app. Now there is no day I do not see her work, and I know that in every photo there is a piece of her soul. I’ve been to some of her photo shoots and I never imagined that that kind of job could exist. She could be on a ladder, painting walls, carrying props all over town just for a photo.