On Instagram, brands’ most-used emoji in captions is the camera

Emojis are inescapable, especially on Instagram where the tiny icons are included in 35 percent of all brand captions.

That’s according to social analytics firm Simply Measured, which released its exhaustive yearly report about Instagram. The research, tracked the Instagram activity of 2,500 posts from 90 brands from Interbrand’s recent “Best 100” list, finds that the platform is booming for companies.

“Regardless of the industry, there’s now an interested audience on Instagram,” it wrote. Brands are finding that, on average, engagement is up 53 percent per post over last year with each post averaging 32,000 likes and comments. 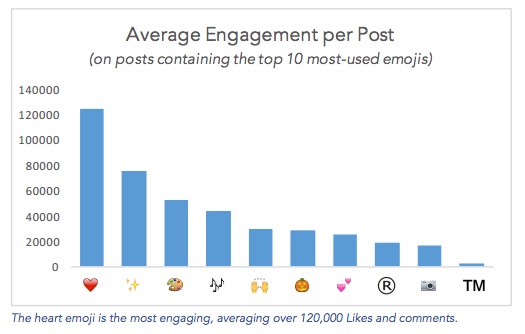 The most used emoji turns out to be the camera because it’s used for the photographer’s photo credit. The heart, registered icon and trademark logo placed in second, third and fourth place, respectively. 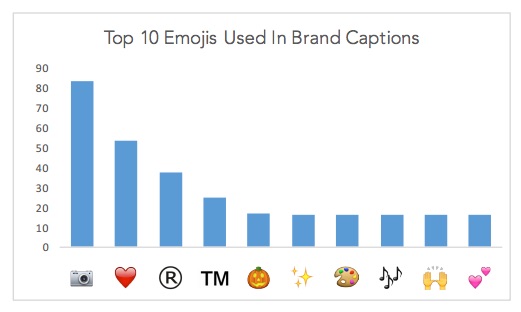 Hashtags, meanwhile, continue to be an integral part of Instagram behavior. The firm tallied up nearly 5,600 hashtags resulting, on average, 2.5 hashtags per brand post.

The top two hashtags were for luxury car brands BMW and Mercedes-Benz, both combined equal 9 million followers. Auto brands on Instagram resonate deeply with followers by simply showing pictures of cars because fans like looking at cars. Look no further than Honda’s growing account. 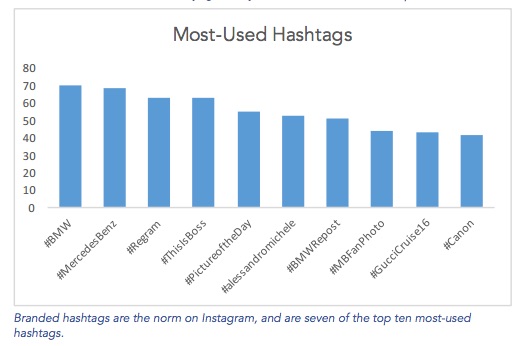 Simply Measured says the reasons why brands love emojis, besides increasingly becoming a part of our day-to-day vernacular, is because they “cut through the noise” on the increasingly popular platform.