Instagram tiptoes back to ads — and gets another earful 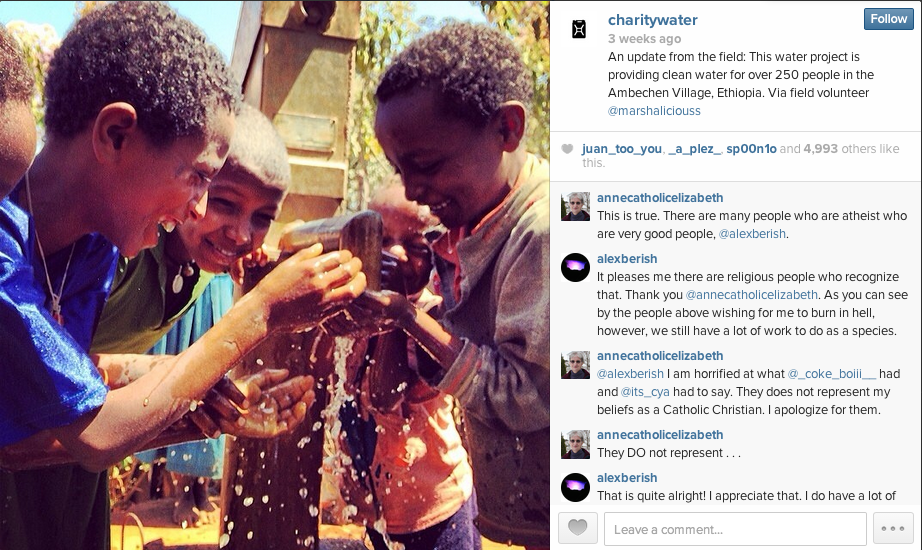 Whenever platforms introduce ads there are inevitably complainers. That’s been the case so far with Instagram ads, even with the latest ad, which went out Tuesday evening — even when it’s for charity.

In what appeared to be the first ad Instagram has run in a while, Charity Water, the non-profit that helps bring clean water to developing countries, ran a sponsored post on the platform to raise awareness about what it does. The post quickly racked up more than 700,000 likes and 7,000 comments. As with the few sponsored posts that preceded Charity Water’s — from big brands like Lexus and Ben & Jerry’s — not all the commenters were especially pleased about ad. There are, of course, those that tell the complainers to get a life. 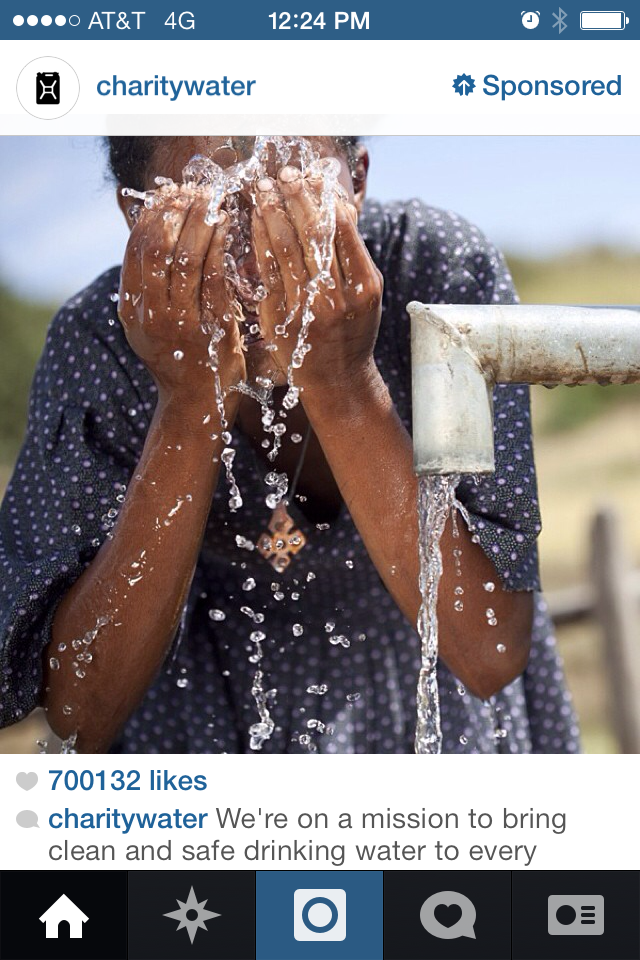 Charity Water’s sponsored post was actually donated media from Instagram, according to the nonprofit’s director of digital, Paull Young. “We do not have an advertising budget and do not spend money on ads, and, as such, we don’t have goals around it,” he said. “Though we are seeing follower lift and awareness.”

The first ads appeared on the Facebook-owned platform early last November. Those ads also elicited grumbles from prickly Instagrammers about ads in their feeds from an account they don’t follow. That is par for the course for platforms when first introducing advertising. Instagram, as a free service and owned by a company whose projected 2013 ad revenue was $6.3 billion, is going to have ads, whether people like it or not. And the recent $40 million Omnicon-Instagram deal means people better get ready for video ads on Instagram too.

“Instagram is a different beast than [Twitter or Facebook]; it’s a different user experience — and younger users are fickle,” said Jason Stein, president of Laundry Service. “That’s why you see completely mixed results on Instagram ads so far: tons of likes and yet tons of negative comments about how the brand and Instagram should die a painful death for serving a beautiful ad.”

Facebook itself has admitted that its focus isn’t yet on making money with Instagram. Right now, Instagram’s ad model appears more geared toward collecting data on what works.

“With ads, the team has taken an especially careful approach, working closely with a small number of brands that are already important members of the Instagram community to create a great early experience,” said Facebook CEO Mark Zuckerberg during the company’s recent earnings call.

Even though each Instagram ad receives its fair share of detractors, on the whole, they have been a success. Instagram ads give brands access to a wider audience and create increased engagement. According to Instagram’s own analysis of some of its first sponsored campaigns, the key metrics that Instagram and participating advertisers are focusing on are reach, ad recall and brand awareness. Social metrics like followers, comments and likes are less important here.

The Charity Water ad appears to be on track for similarly large numbers. A comparable non-sponsored post from Charity Water’s regular Instagram account featuring children getting clean water — which went up on the same day — has gotten just under 8,000 likes. So a good cause gets some free advertising and Facebook gets to continue to test out its ad products.