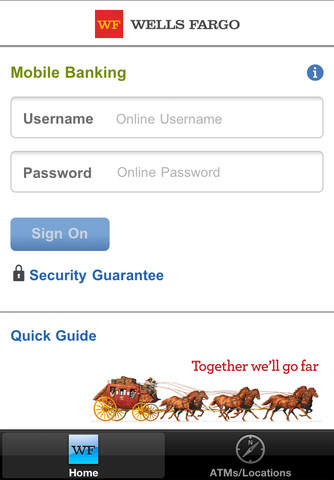 Wells Fargo was an early adopter in mobile, rolling out its first mobile site in 2007. Five years later, it now reaches 8.5 million customers on mobile devices.

2007 was a major tipping point for mobile. It’s when a lot of the big brands started realizing that pretty soon consumers will be walking around with powerful computing devices in the palms of their hands.

“When you think about what was happening in 2007, when we began this mobile banking journey, there was a lot going on,” said Brian Pearce, svp and head of the retail mobile channel at Wells Fargo. “The iPhone launched in spring 2007, and already there were devices in the market that gave people access to the mobile Web. It was early on, service was spotty, but we knew there was potential with the mobile Web. We knew it was a powerful way for us to connect with consumers.”

Before launching the mobile website at wf.com, Wells Fargo asked customers what they wanted. The basic financial information, like balances and transfers, became step one. In 2009, Wells Fargo launched an iPhone app. Since then the company has rolled out apps for Android, BlackBerry and even Palm. Customers have initiated more than 1 billion sessions through Wells Fargo apps, wf.com and the bank’s text-message banking service. The company claims that mobile is its fastest-growing channel, twice as fast as online.

“Mobile started as a small experiment for us, and now it makes up 40 percent of our overall online customer base,” Pearce said. “Now we are at an inflection point, where mobile is part of everything we do. When we launch a new service or a product, we ask ourselves, ‘OK, how is this going to work on mobile?’”

Wells Fargo attributes its success in mobile to giving consumers choice. It didn’t go crazy with its first mobile efforts, which in retrospect were very basic. But as mobile devices got more sophisticated, and consumers did too, Wells Fargo kept pace. Recently, for example, Wells Fargo rolled out a mobile deposit service that lets customers deposit checks by taking a picture of checks. It is also testing a mobile money transfer system that lets people using Wells Fargo and Bank of America move money around through an email address or mobile phone number.

“The first five years was a focus on the basics, listening to what customers wanted and giving it to them,” Pearce said. “Moving forward, we are looking for mobile-unique capabilities. We want to take advantage of the unique functionalities of mobile to provide customers with a more powerful experience. “