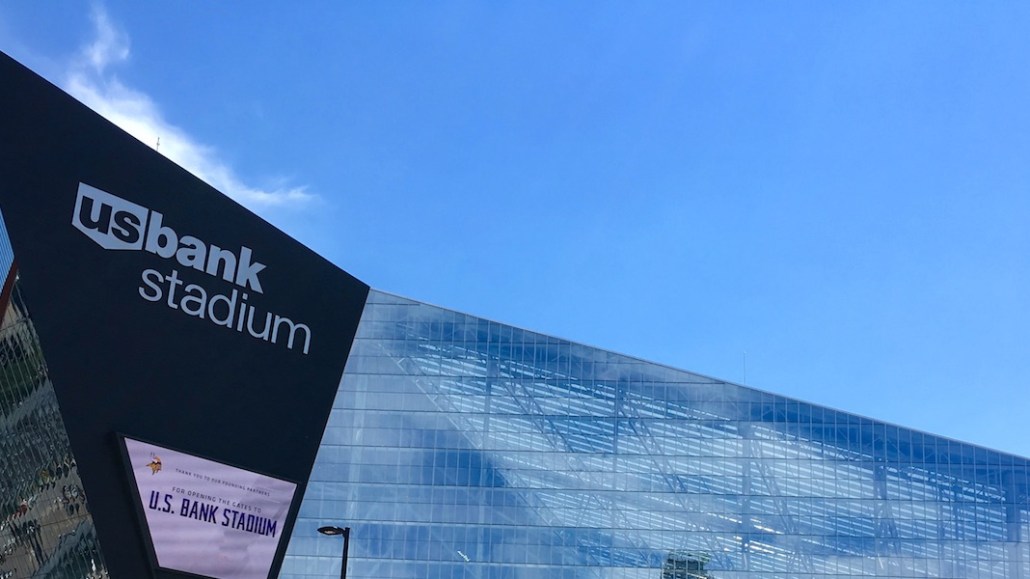 For a company with some money, there’s no better opportunity for exposure than the Super Bowl. Just ask U.S. Bank, whose hometown of Minneapolis will host 125,000 visitors coming for the big game next week.

During the week of the event, it’s going to place ads that will “take over” a light rail station near the stadium, and Super Bowl-branded ATMs will let customers donate to the American Red Cross. It isn’t an official NFL sponsor, but it will be placing TV ads that will run locally during the Super Bowl pregame show, along with sponsored videos on Facebook, Instagram, Twitter and a Snapchat filter. It won’t be running national ads during the game. The bank is in its third year of a 20-year deal that gives it naming rights to the stadium hosting Super Bowl events. It was also a bank lender that helped finance the stadium.

“It’s an opportunity for us to expose existing and future consumers to the brand and tell the story of who we are as a company,” said Chris Lee, head of sponsorships for the Minneapolis-based bank. “This is our crown jewel, having our bank step onto a national platform — it’s an awareness play.”