Inside the Agency: Iris Worldwide 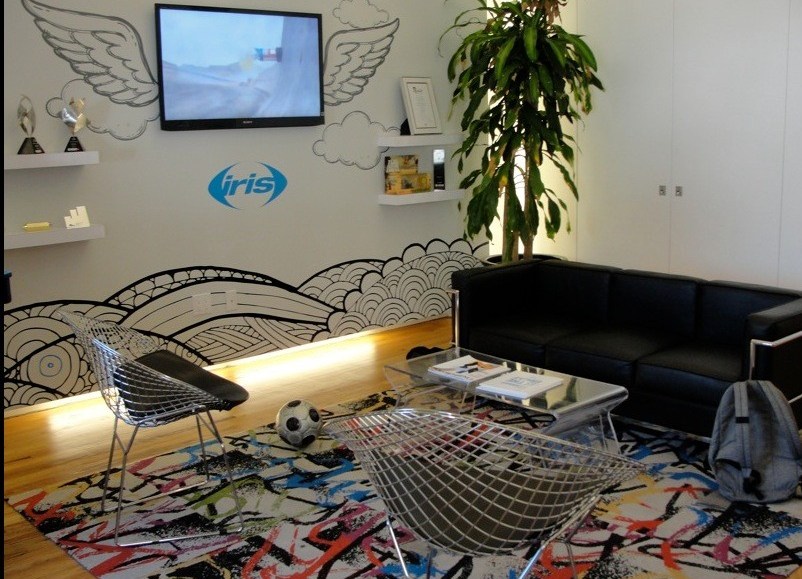 Tucked away behind the retailers of New York’s NoHo shopping district lies Iris Worldwide, the flagship U.S. office of the British-born agency network. Digiday braved the shoppers to tour the agency’s Broadway office, meet its 65 staffers and learn about the culture it places at the center of its organization.

“Everything we’ve done here is geared towards creating an environment where ideas can flourish,” explained managing director Sarah Aitken. “The culture piece is central to that. It’s not just about throwing money at it to try to make people happy; it’s about making it a part of the fabric of the agency. Every year we do a company-wide survey, and staffers say that culture is the most important part of working here.”

To maintain that culture, the office has four committees, or “squads,” each tasked with creating and maintaining different aspects of it. There’s the house squad that maintains the workspace and its contents; the night squad which arranges regular evening events and outings for staffers; the smile squad whose job it is to keep people smiling around the office with things like massage and yoga days; and finally the sport squad which arranges soccer matches and other events sporting events for the office.

“We always implement initiatives based on the feedback we get. We did summer Fridays for the first time this year, for example. Working at an agency is a lifestyle choice, and the culture part is often why people choose to work agency-side over client-side. It’s less corporate, and has to have a different feel to it,” Aitken added.

Check out the images below of Iris’s office space and amenities: 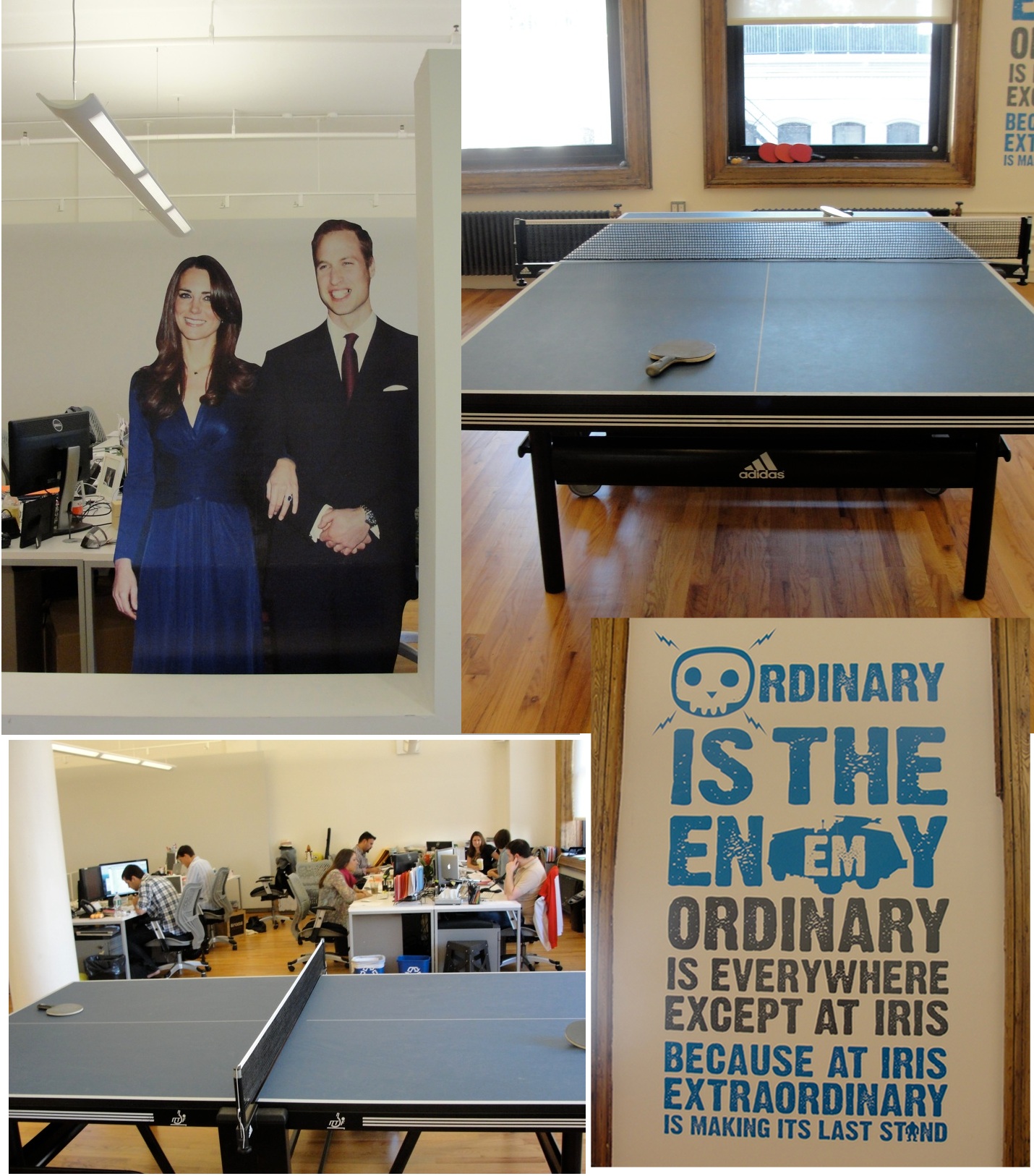 Nobody at the agency has a dedicated office, including c-suite executives, which helps foster a collaborative and transparent atmosphere, according to global creative director Sean Reynolds. “We have an open and honest culture here. There’s no secret talks in closed rooms,” he said. “If I need to take a call or speak with someone in private, I can do that in a meeting room.” 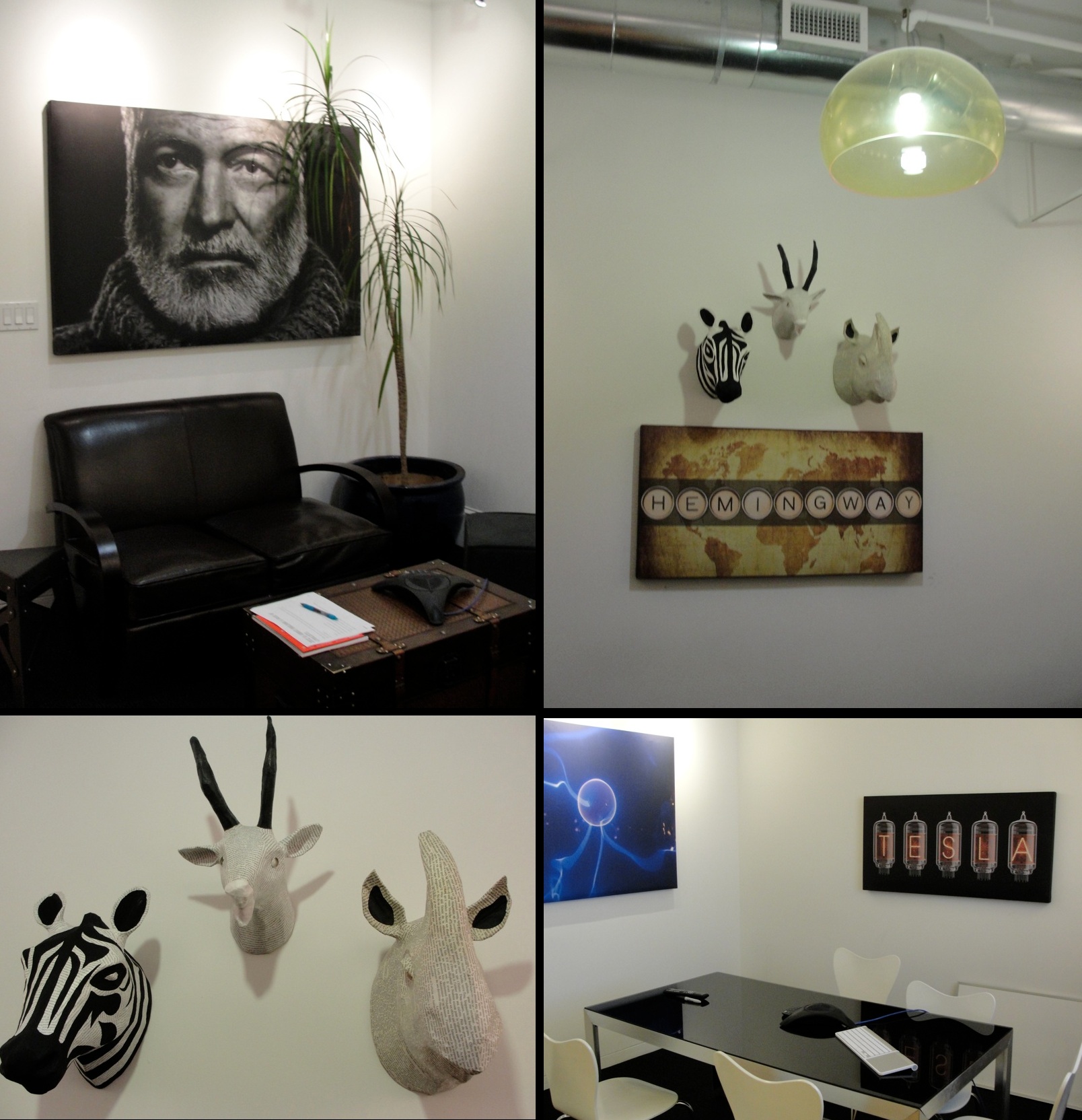 Each of the agency’s meeting rooms is named and styled after extraordinary individuals, such as Ernest Hemingway and Nikola Tesla. Staffers suggested a name for each room and then voted on which ones they preferred. The winners were given a budget and allowed to decorate the rooms as they saw fit. 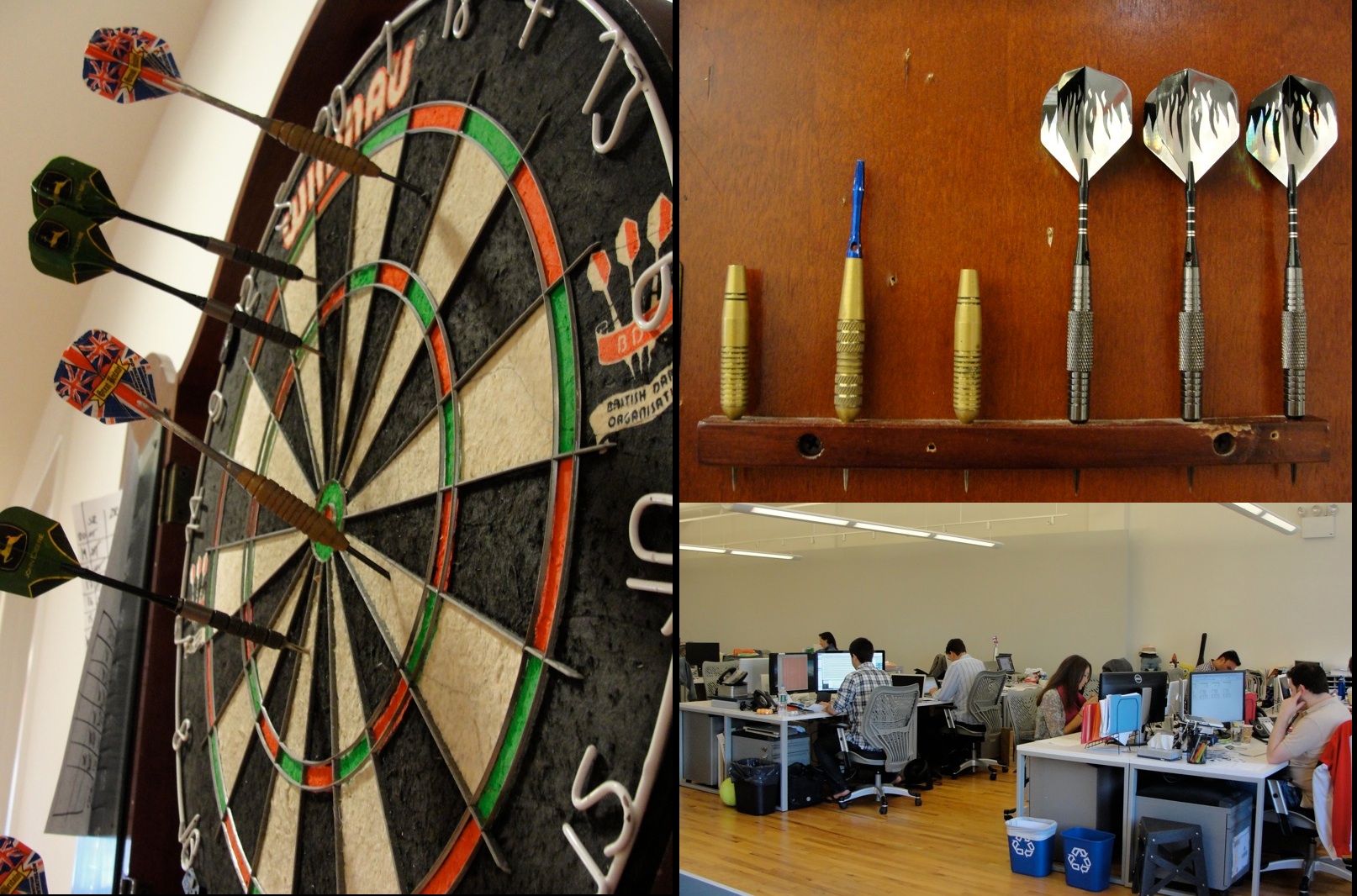 (Dart board and desks) 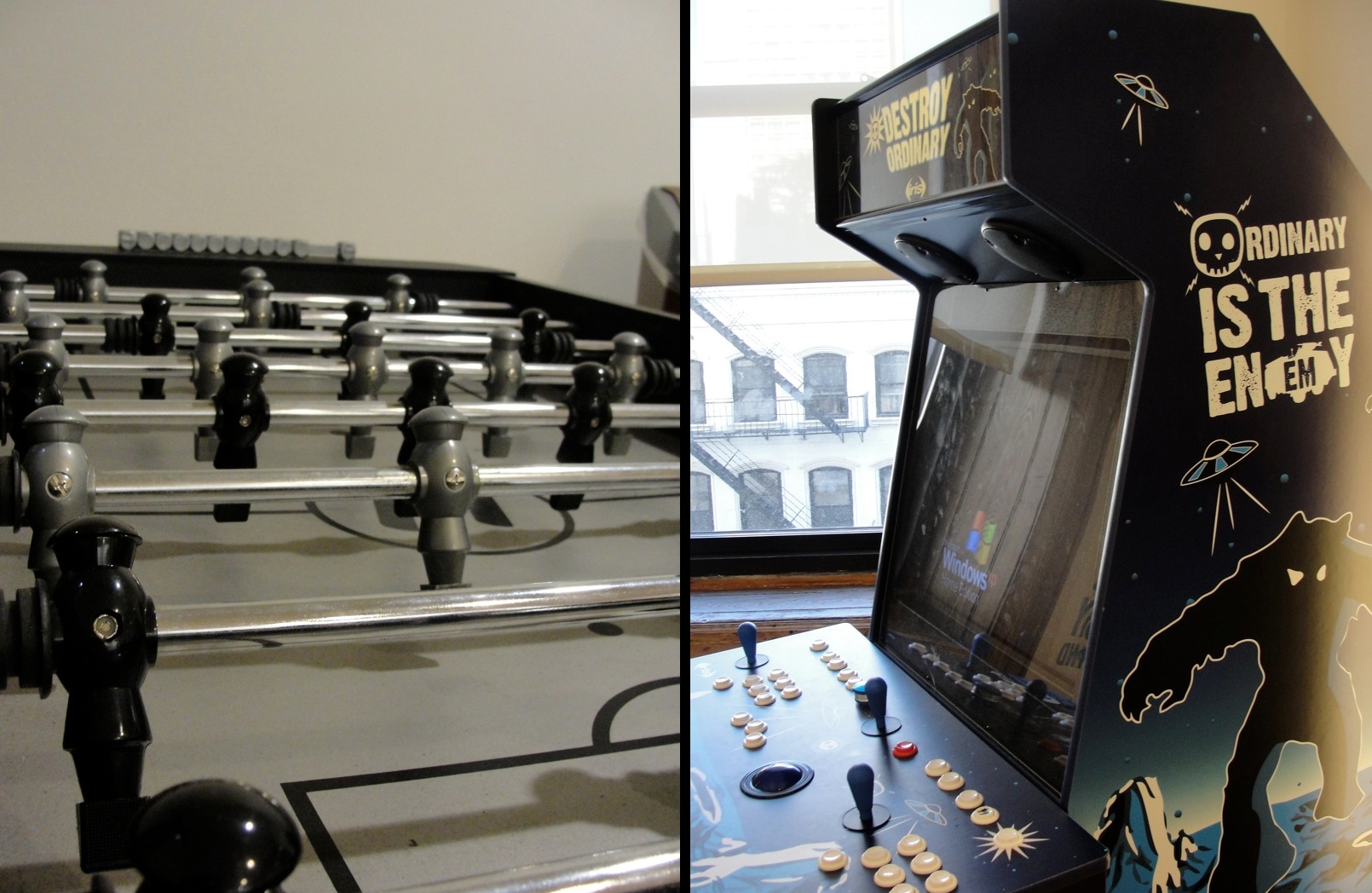 “Culture is really important to us, and there aren’t really many boundaries around here,” said managing director Sarah Aitken. “We want people to feel like they can change things if they want. It’s funny when people come here from bigger, more process-driven agencies like Digitas and AKQA and are always asking what they can and can’t do. We say just go ahead and do it.”

This mural was drawn entirely in Sharpie by British artist Shantell Martin. She used elements from around the office as her inspiration. 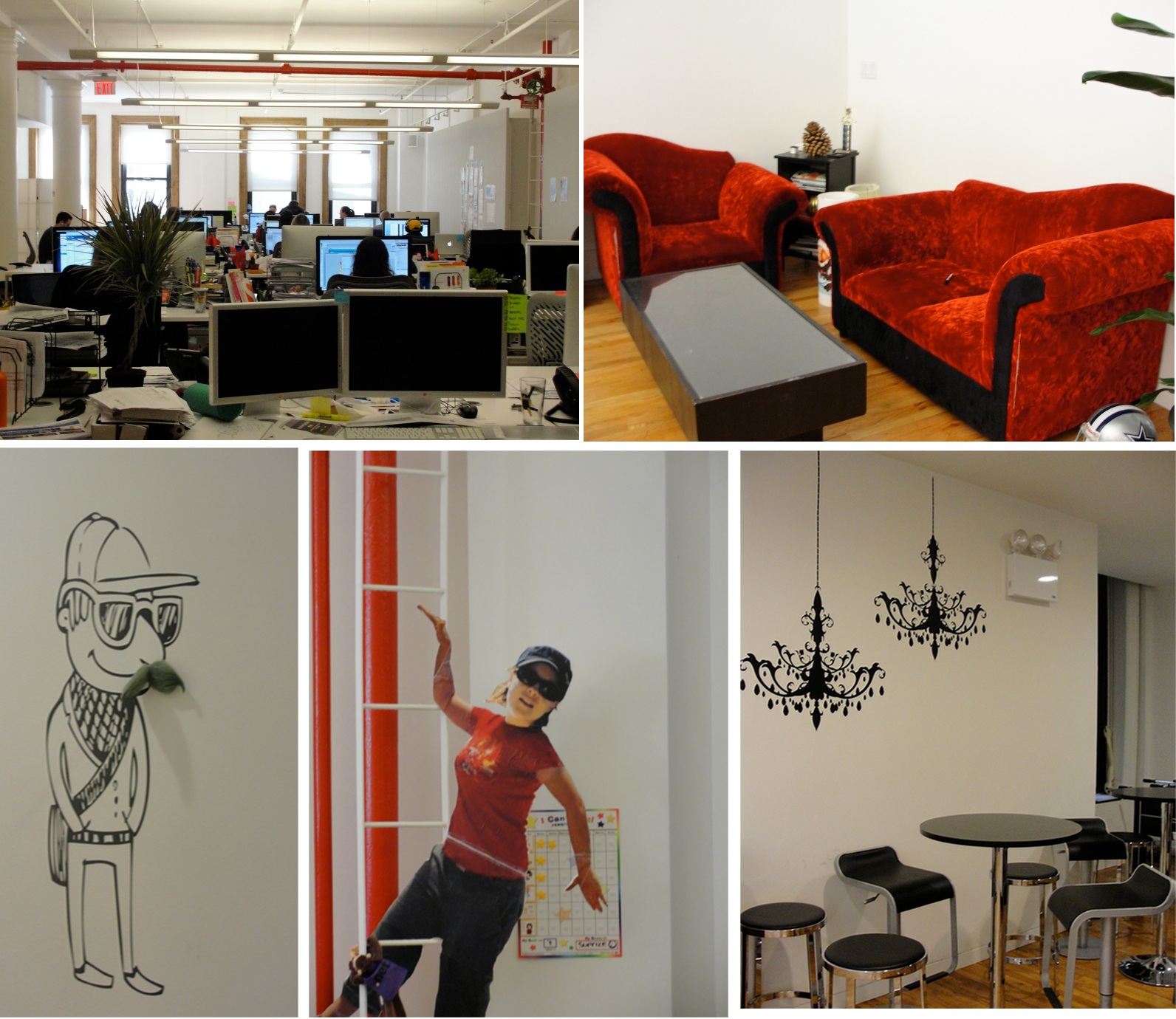 The office is divided into two halves, each with its own audio system. Staffers collaborate on playlists to soundtrack their working day.