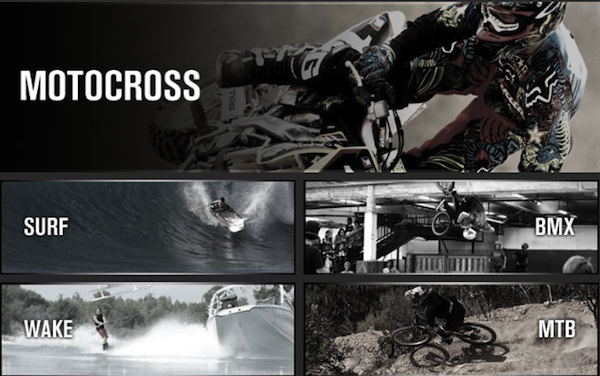 Before “brands as publisher” became a digital catchphrase, action sports apparel brand Fox Head was walking the talk. In 1976, it went beyond catalogs to launch a magazine that today gets sent out to a quarter of a million people. It is even in the movie business, recently producing the surfer flick, “No Filter.”

It has adapted that strategy for the Web, pumping out videos, images and sports reporting for its site. It has several Web series, including one following surfer Ian Wells that has drawn 3.6 million Facebook likes. Fox Head’s challenge now is to craft its content for a mobile era where 20 percent of its traffic is already coming from phones and tablets.

Like many marketers, it is late to mobile, only experimenting with campaign microsites to support big launches for the most part. Fox Head realized it needed to start with the basics. First came a mobile commerce site, launched last week. Instead of focusing on just driving sales, Fox Head has tried to port the entire content experience, videos and all, to mobile.

That’s a unique approach since the majority of the time when you visit a retailer’s site, shopping is usually the most important piece. But with over a third of its audience under 18, mobile can’t be just transactional, according to John Hazen, vp of global e-commerce at Fox Head. Last month, when “No Filter” launched, mobile traffic outstripped desktop.

“Gone are the days when kids are using the family computer in the den,” he said. “They’re in their rooms consuming content on their phones.”

There are challenges. The company doesn’t have a mobile team, instead sprinkling responsibilities within its digital marketing and ecommerce groups. It also relied on vendor Digby to construct the commerce-enabled aspect of the mobile site. It is now eyeing an app to make its catalogs available to people on the go and it plans to make its first foray into mobile advertising for the holidays.

“I am a big fan of test and measure,” Hazen said. “We will test and if it converts well, we’ll continue to build out our mobile strategy.”